Every August, Manchester rolls out the rainbow carpet to celebrate LGBT+ Pride with a weekend-long party.

The Manchester Pride celebration is renowned and draws thousands together to honour love in all its forms every year. But this year is extra special, as it happens to mark 50 years since the Stonewall Riots.

It is also different, markedly so. Last year, Pride boss Mark Fletcher warned us that the event would not look or feel the same again and he was right.

This year has seen the festival split into different elements, with the introduction of a brand new music event Manchester Pride Live and staging area over at abandoned train station Mayfield Depot.

Of course, the party still raged on in the Gay Village – which retained its wondrous bouyancy.

The loss of two main stages in the village was more than compensated for by huge rigs in the narrow Victorian backstreets. Old sash windows pulsated to pounding beats of disco and pop, and a thriving mass of happy, sweaty, sparkly bodies danced together underneath the beating sun. 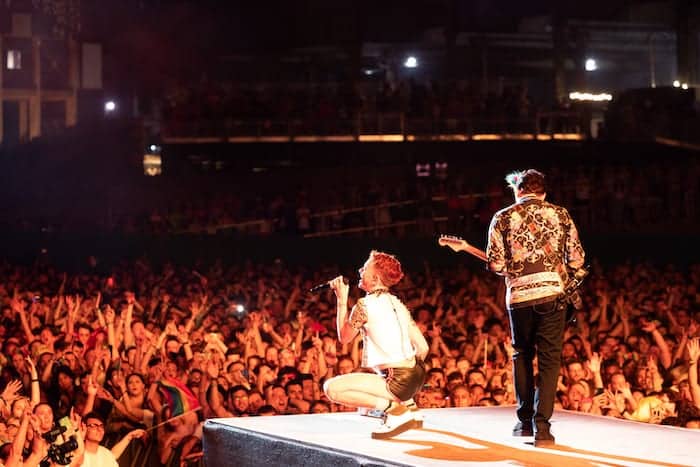 Over at Mayfield Depot, however, things were not running as smoothly on Saturday. Teething troubles meant gates opened three hours later than advertised, causing earlier sets to be pushed back. Gok Wan, booked to play at 2.30pm, didn’t step up until 3.20pm.

An epic trek to get in sets the tone. The site is huge, and there was much walking to be done throughout the evening over rough terrain, with no benches or seating to be found (such an old and boring complaint, I know).

When we arrive, it’s to catch New York DJ and Studio 54 legend Nicky Siano’s Hallelujah Disco take to the Yard stage – all in rainbow of course.

Fusing together house and gospel throughout, at one point they lead us in an emotionally-charged chorus of acceptance – reflecting on the riots all those years ago as a ‘night full of possibilities.’ 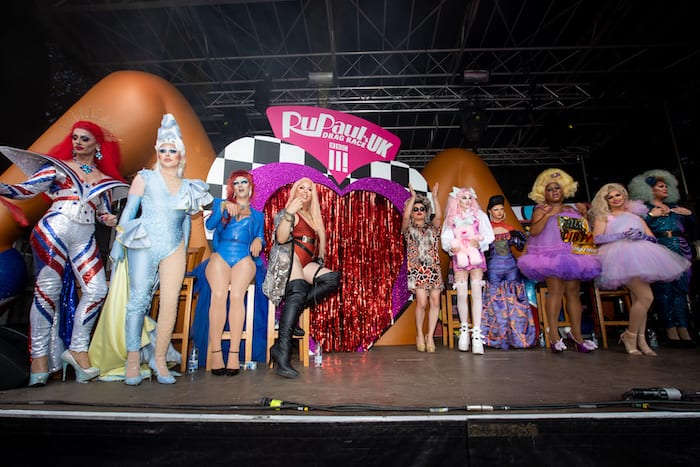 Next up all 10 of Ru Paul’s new UK queens graced the stage in what was billed as ‘RuPaul’s Drag Race UK Ruveal Special’. Full of vivacious exuberance, they flounced one by one through a larger-than-life pair of legs – introduced one by one by Corrie‘s Antony Cotton.

One contestant, the wittily-named Baga Chipz, drops a solid Deirdre Barlow impression and hollers: “There’ll never be a Corrie character like Deirdre, we love you Anne Kirkbride!”

Birmigham’s Lady Leshurr takes to the stage next, shouting over the crowd: ‘Manchester a mad ting’. A brief interlude of calming reggae at the opening of her set soon leads into tough grime instrumentals, which ricoche over the Yard – by now a proper dustbowl.

Over on the Depot stage, K-Klass drops his signature K=Klassic mix of Bobby Brown’s Two Can Play That Game and a host of ravers bop away merrily in the day. Next door, at the Gaydio stage, Anton Powers thrills proudly dons a rainbow Manchester bee t-shirt as he pumps out bassy tech house.

Outside, Emile Sande takes to the stage for her set but is beseiged with technical problems. Opening with Heaven, the sound cuts out but – being the consummate professional – she carries on regardless. 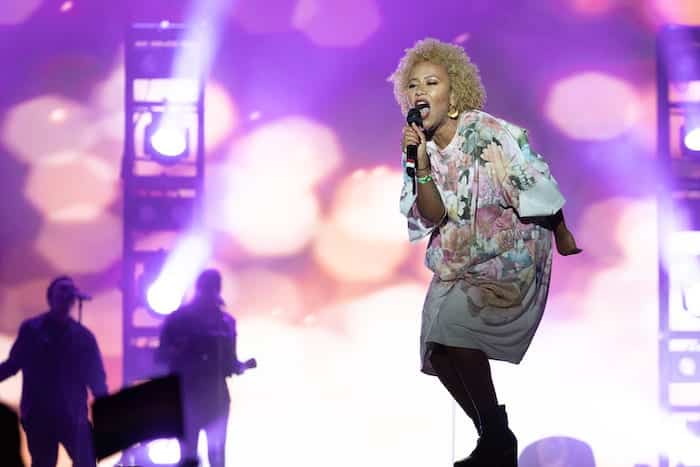 It happens again two songs later, this time her mic cutting out completely and there are murmurs of frustration from the crowd. When the sound returns, there’s a huge cheer as hands are thrown in the air. All is well again as she closes with favourites Next To Me and Read All About It.

Last but not least, Yard headliners Years and Years appear to close things off. Olly Alexander appears in PVC shorts and a sequinned top, announcing to the crowd: “Hello we are Queers and Queers.”

Things kick off with Meteorite, but the group play a varied set: moving through from mellow piano ballad Eyes Shut to pelt out disco bangers like Desire and King. 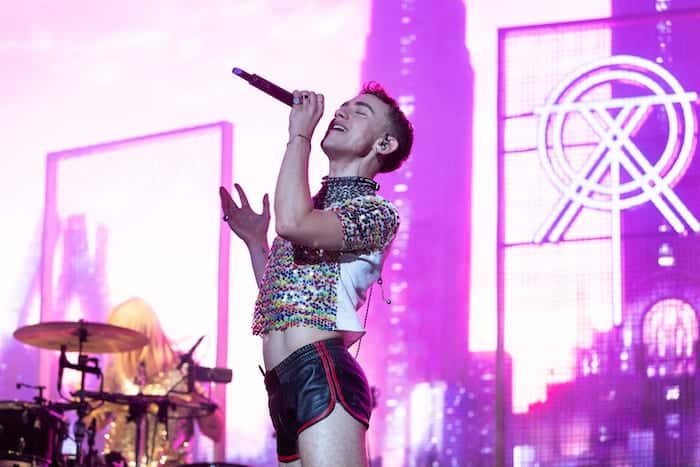 Then over to The Depot again, where Basement Jaxx close out the party with their signature brand of electronica.

As a whole, whilst I can get on board with the concept of Manchester Pride Live, the execution did feel on the whole a bit rushed on Saturday. The fairground on the station’s platform, in particular, felt underdone. Yes, there were rides, but there was no dressing – no little seating area, no fairy lights. The campness just felt like it was missing.

It’s true, the Gay Village just doesn’t have the capacity to allow Manchester Pride to grow in the way that it is, inevitably, going to. Yesterday, the streets were heaving – a testament to just how popular this annual celebration of the LGBT+ community has now become. And the event is only getting more popular as the years go on.

Expansion is definitely needed, and the move to split the event’s festivities seems a savvy one. There are just a few teething problems to be sorted, that’s all.

The party continues today, both in the Gay Village and at the Depot with a headline set from honorary Manc Ariana Grande tonight, and closes on Monday night with the candlelit vigil in Sackville Gardens. 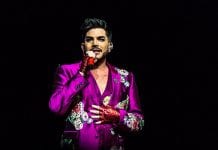