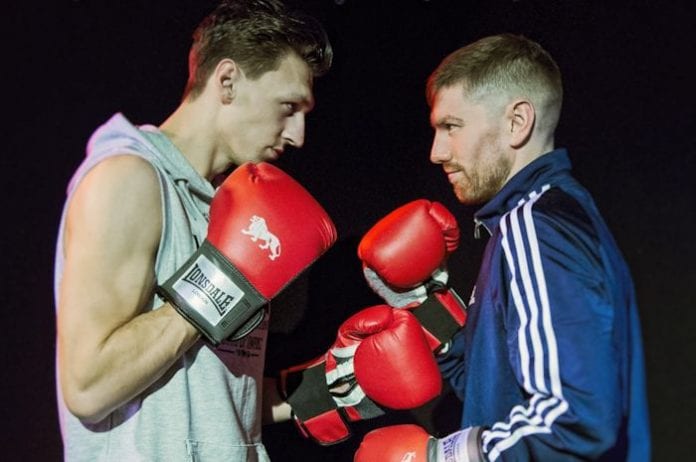 It explores the notion of masculinity in sport, and was inspired by Tyson Fury’s homophobic rant in an interview with The Times in 2015.

When we interviewed Rob earlier this year, he told us he had always been a huge sports fan but that growing up he didn’t have any gay role models.

That was before Gareth Thomas, who has been in the news recently, having become a hero for the LGBTQI community.

Gypsy Queen follows the story of ‘Gorgeous’ George O’Connell (played by Ward), a bare-knuckle fighter and traveller who has the swagger, but lacks confidence outside the ring. His identity has been mapped out for him and he learns to act out this part, just as he does inside the ring.

Dane ‘The Pain’ Samson (John Askew) has followed in the footsteps of his father but seems to be fighting something inside and outside of the ring.

The two actors play nine characters between them and do so incredibly well. Rob Ward is an incredibly physical actor. One flick of the lights and he transforms into an ageing boxing coach, a northern version of Burgess Meredith’s Mickey from Rocky, contorting his body with a scowl on his face, as if he is chewing wasps for his tea.

Askew plays George’s Irish sweary, Catholic mother, but you quickly forget you are watching a man playing a female. This is as far from Mrs Brown as you can get.

The characters of George and Dane are well drawn and have an inner confidence on their ‘stage’. But you soon realise that, behind the scenes, all is not what it seems. This draws them to each other.

The two gifted actors play out some very funny scenes together, including a date at the cinema which goes well until some families disrupt their ‘alone time’.

It is refreshing to see masculinity and LGTBTQI visibility in sport conveyed in such a way, where it does not feel forced or tacked onto a narrative to make pertinent points.

At times, though, there are the usual tropes, including a mother who always knew her son was gay and the inner conflict that leads to violence, which stems from a father trying to knock it out of them.

If anything, there is too much narrative exposition to pack into a 70-minute play.

But you are also reminded of the film God’s Own Country because when the play focuses on the quieter moments these two men share, it really comes alive and illuminates the comic nature of the play. Ward has a knack for writing funny lines which stops the play becoming overly sentimental.

Refreshing and relevant, Gypsy Queen proves that the issues the play explores can still deliver an uppercut.

Gypsy Queen is at Hope Mill Theatre until 21st September. 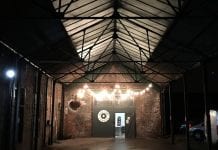 Have you got what it takes to play Cinderella at this award-winning Manchester theatre?