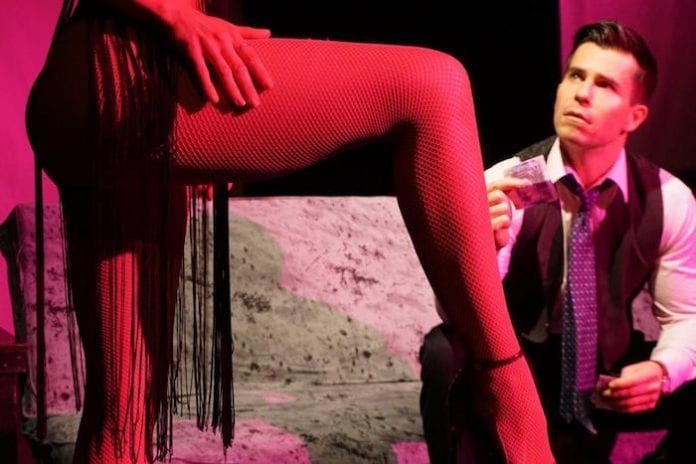 What men want, what women want, and pretty much everything in between is the subject of Patrick Marber’s acclaimed play Closer.

It conveys the complexities of relationships at every stage – the first flush of excitement, the besotted, almost stalker-like obsessions, the jealousy… then the neediness, bitterness and betrayals. Then spins them all around again when the characters swap lovers. And swap again.

It’s the politics of romance, love, lust, whatever you want to call it, played out with searing intensity. And the beauty of this new production in the intimate stage setting at Ancoats’ trailblazing Hope Mill Theatre is how close you get to the raw and real portrayal of both the pleasure and the pain.

For this is a play that relies on the chemistry of the four leads – and boy are the actors in sizzling form here. 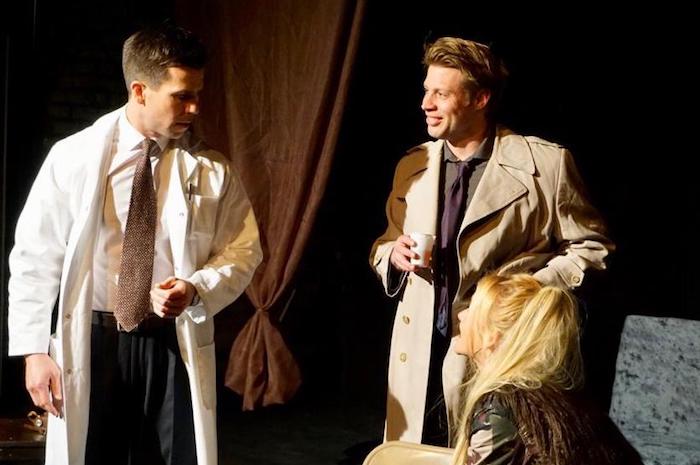 The action, set in 1997, starts in a hospital waiting room as dishevelled obituary journalist Dan (Darren John Langford) attends to “disarming” young woman Alice (Nicole Evans) with her bloodied leg after rescuing her from a car accident outside. The attraction is electric.

Their flirtation is then fast forwarded two years, and we see Dan transferring his affections to talented photographer Anna (Justine Elizabeth Bailey). But, ever one to make things complicated, Dan inadvertently plays cupid for an unlikely meeting between Anna and lonely doctor Larry (former Corrie star Oliver Mellor).

What follows are the tumultuous twists and turns of men and women searching for something, getting it, not liking it and then trying something else for size instead.  It’s jaw-dropping, thrilling and horrifying in almost equal measure. 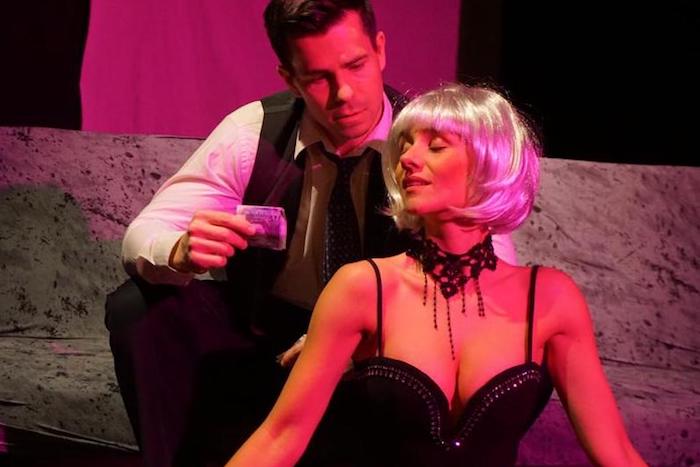 The scenes where a distraught Larry seeks answers from the similarly-betrayed Alice at a lap dancing club are among the highlights in the show – brilliantly portrayed by Mellor and Evans, you really can’t take your eyes off either of them when they’re on stage.

Needless to say, the content makes this one for adults only, and it’s probably not one you’d want to take your mum or dad to.

The minimalist set is adequate for a play so focussed on the human drama at its heart,
although a screen for projections comes into its own during the play’s infamous laptop sex scene between manipulative Dan and the unsuspecting Larry.

The director might want to increase the size of the text (or sharpen the speed of this scene) as a group of women sat next to me were indiscreetly moaning that they couldn’t read it without their glasses and didn’t know what was happening. Then again, this might have been a blessing, given the X-rated content of those messages.

Rarely has a play so expertly drawn how differently men and women feel about life, love and sex, and the aching chasm between their wants and needs.

But be warned – it’s a play that will leave you questioning every relationship you’ve ever had.

Closer is at Hope Mill Theatre until 27th April.