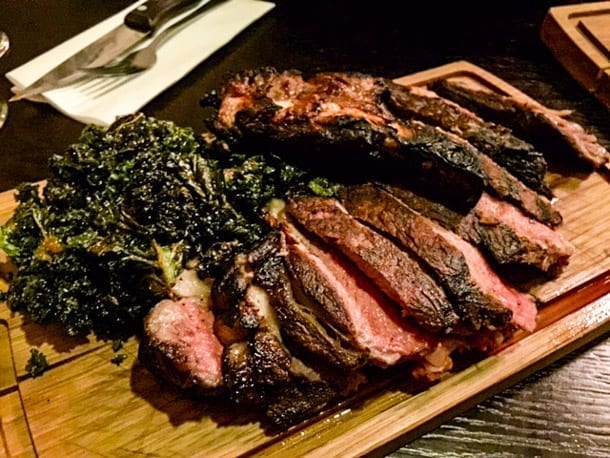 Opened in just November last year, Bourbon & Black is a trendy bar/restaurant, situated in Didsbury Village, that serves bourbon (you guessed it) and chargrilled meat and fish.

Drawing its inspiration from across the pond, the bar is donned by a top shelf of fine and rare bourbons. Bourbon is a type of American whiskey that is barrel‑aged, distilled and made primarily from corn.

Bourbon fanatic and proprietor, James Alexander, prides himself on collecting rare and limited edition whiskies on the market. His flagship bourbon, Pappy Van Winkle, is regarded as one of the rarest and finest bourbons in the world. However, their signature/house bourbon is Woodsford Reserve. It’s a crowd pleaser. Bourbon & Black actually serve more Woodsford than anywhere outside of London. 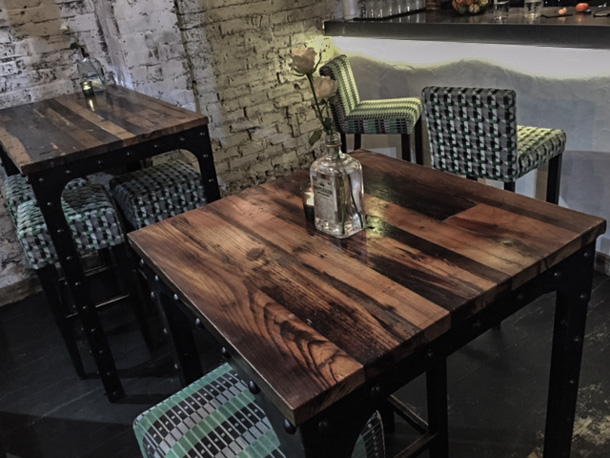 Did you know; 95 per cent of all the world’s bourbon is made in Kentucky – the other five is counterfeit?

The theme of the bar derives from a 1920s speakeasy idea, however, it has evolved into something a lot more than that. It’s a bourbon bonanza! Even the light fittings cleverly celebrate the elegance of whiskey bottles. Exposed brickwork, rustic piping and leather chesterfields makeup the general decor of the space. It feels solid and timeless with a dark canvas that lets the food & drink do the talking.

Black? The black half of the name stands for charcoal. ‘Let’s get one thing right – it’s charred not burnt!’ Says the intro on the menu. Black is also for a bartender in the 1860s called William Black who invented the Manhattan cocktail – possibly the most famous drink in the world at the time. 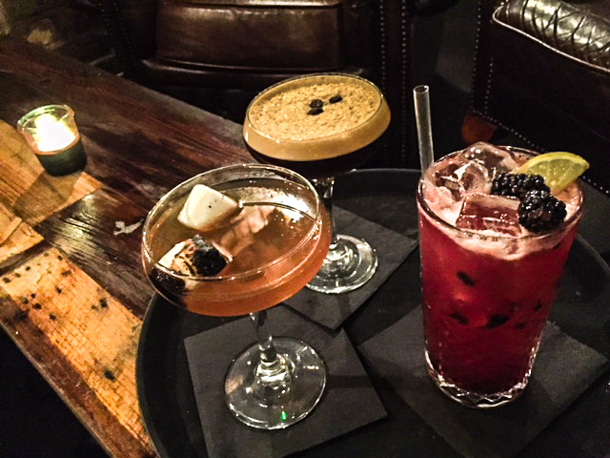 The most famous drink at this time in Bourbon & Black is their signature ‘Bourbon & Blackberry’ served with ice. See what they did there? The blackberries are elusive in the glass and give you a pleasant surprise up the straw now and again. All priced at £7.95, other delicious cocktail concoctions include the ‘Toasted Marshmallow Manhattan’ which is Woodford Reserve bourbon, toasted marshmallow with Antica formula.

Upstairs is an intimate 60 cover restaurant area that boasts an open-fired theatre kitchen and a chandelier made from empty Woodsford Reserve bottles. 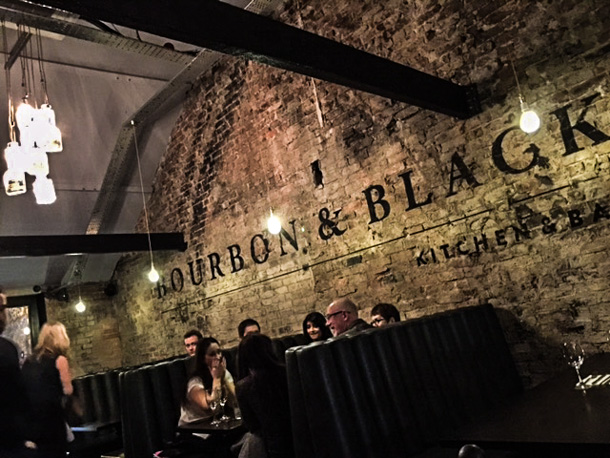 Dominated by marinated meat and fish, the kitchen flames the fresh produce over charcoal and serves on wooden blocks and sauces in dinky pans. A high-protein affair.

The star of the show is The Tomahawk (£55 shared between two) – a 1.2kg slab of beef with an axe shaped bone (hence the name) which is elegantly left in to enhance the flavour – no danger. A cut above the rest, it’s a larger version of the French classic Cote de Boeuf and, typically like the rib-eye, is quite fatty – holding a rich flavour and juicy texture. Fat equals flavour, some say. 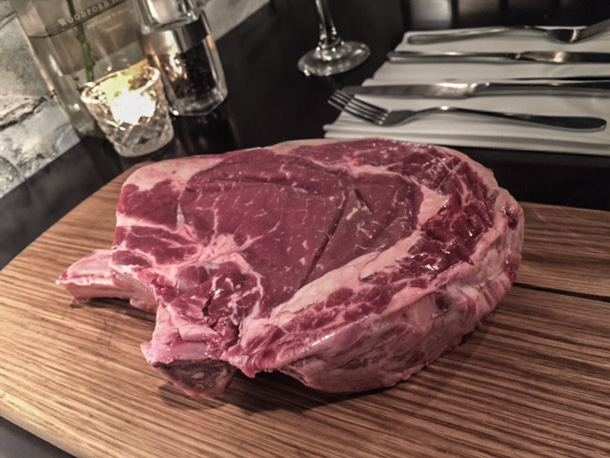 For dessert we had the old school favourite Cornflake Tart (£4.95) with Woodsford Reserve custard – an ultimate comfort pudding which had us closing our eyes in nostalgia.

On request of the bill, the ultra friendly waitress, Katie, took our photograph and gifted us with a polaroid picture to take away. Nice touch.

We’ll be seeing Bourbon & Black Kitchen & Bar again very soon for further whiskey tasting and to fire up The Tomahawk.