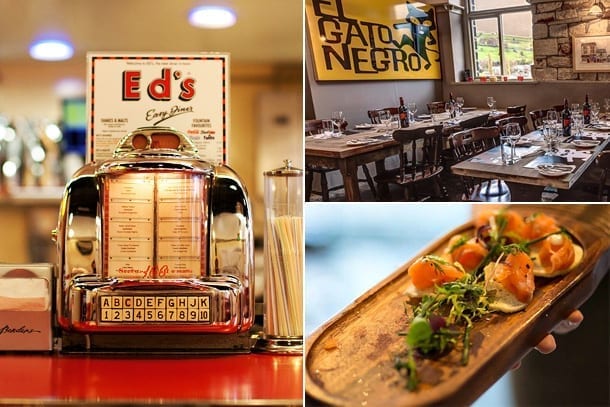 On one of Manchester’s favourite streets, it’s all about the mix, says Simon Binns

The fact that Ed’s Easy Diner was eyeing up the former Monsoon unit on King Street had become a badly kept secret over the last few months, despite the operator and landlord remaining tight-lipped.

But planning applications always put those details out there, and this one shows the proposed changes to the front of the building, which sits proudly on the corner of King Street and Police Street.

Including the new signage. Which might rankle with some.

Much has been made of the operator. Is it the right fit for King Street? For that building?

If that end of King Street is going to become a viable food and drink destination (ie not just shops, but somewhere for shoppers to grab a bite and a drink and therefore attract/pin footfall to the street), there needs to be a broad mix.

While El Gato Negro and Quill will appeal to different customers, so will Ed’s. El Gato Negro is progressing plans for 52 King Street, and Quill is a little further down, opposite the proposed Ed’s.

In a new pitch, what you also need are well-funded operators who aren’t going to close in six months because it was a bit quiet and all their marketing budget is gone.

Whether you like the Ed’s brand or not, the reality is that King Street – or that end of it – will be introducing three new food and drink brands to the city centre this year.

And shoppers on that street will have options, whereas before they did not.

So let’s not be too hasty to pre-judge Ed’s before it’s even served its first milkshake.

What would you prefer? Any landlord – or property agent – could have looked down the list of most popular high street chains and tapped up a Nando’s or a Costa. One of the major coffee brands was very keen on King Street, but the general feeling from all sides was that King Street needed something different to what already existed in the city centre.

But quite often, you need an operator of scale to underpin change.

Manchester people love King Street. That was evident when I was working on the street, and there are plenty of strong views on what was wrong with it and how it needed to change.

Much of the rhetoric was around how special it ‘used to be’. It was ‘the place to go’ in years bygone. But everything looks better through the rose-tinted spectacles of youth. See also – music, manners, ‘the youth of today’ and Piccadilly Gardens.

In Ed’s, there comes a chain that describes itself as a ‘retro diner’ harking back to the style of the 1950s. And it trades well. The holding company which owns the brand turned over £17.5m in its last financial year. The branches in Cheshire Oaks and Liverpool One are well-used.

It’s all about the mix. And the three newbies charged with adding that extra dimension to King Street are fairly well-balanced, I’d argue, and unlikely to compete with each other, giving the street a far broader appeal than it has had for some time. So if people want King Street to look back in order to move forwards, it might not be such a bad fit after all.