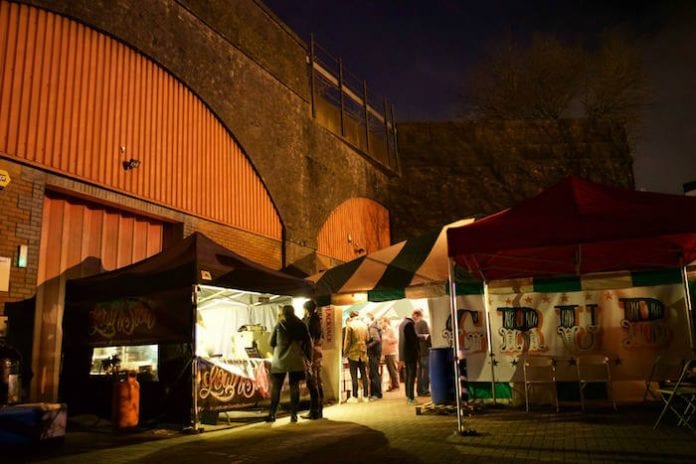 The developers of a rundown part of Manchester city centre have revealed their plans for the start of a 7-10-year process which will transform the Mayfield area near Piccadilly Station into a vibrant, inclusive mixed-use gateway destination, comprising 1,300 homes, 75,000 sq m of office space, a 350-bedroom hotel, retail and leisure facilities.

A small part of the site next to the former Mayfield train station building on Baring Street is to open to the public next month for the first time in more than 30 years. A temporary installation of shipping containers will house street food traders at ground level with a community garden and office space for development partners U+I.

Street-food event organisers Grub Manchester have been appointed to operate a changing programme of events at the site and will open to the public on Friday May 19th.

The small community garden will be created in partnership with local environmental organisations led by Growing in the City.

“We are deliberately starting small, with the intention to allow the site to evolve in line with the wants and needs of the community,” said a spokesperson for the Mayfield Partnership, a joint venture which consists of Manchester City Council, Transport for Greater Manchester, LCR and private sector developer U+I.

“We are seeking inspiration from some of the most successful urban regeneration projects in the world to create something which will be architecturally striking but also defiantly Mancunian.

“Mayfield is for everyone. We want people of Manchester to be as enthralled, excited and fascinated with the site as we are.”

Proposals for the wider and permanent development of the site will be brought forward and consulted upon over the next 24 months. 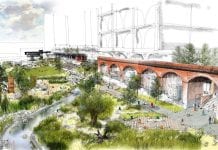 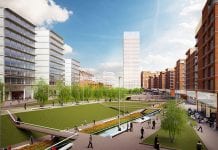