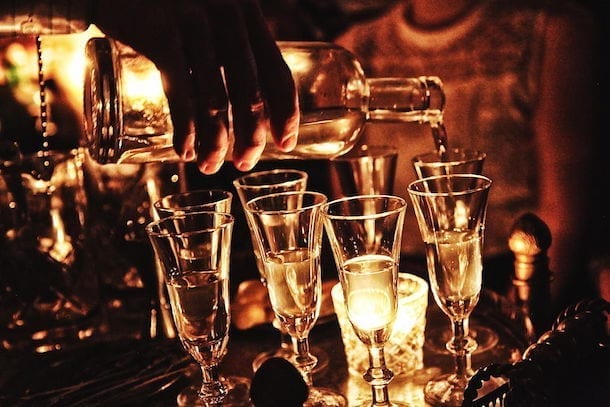 Gin fans in Manchester could soon be drinking a new brand of the spirit made in the city, as new plans have emerged to set up a distillery along with a gin school offering tastings and the chance for visitors to create their own bespoke bottle of gin.

A disused railway arch on Red Bank, next door to RedBankCo, is the site earmarked for the new distillery, it has been revealed in a planning document lodged with Manchester City Council.

The site is set to be used for making gin in a process called rectification, which involves redistilling alcohol and water and adding botanicals to create the flavoured spirit, rather than full distilling. The finished gin would be bottled on site.

Alongside the production facility, there would also be a gin school. Visitors will be able to create their own bespoke bottle of gin as well as taking part in gin tastings and learning about the history of the spirit. The site would also have a bar which will be open to tour attendees – although not to the general public.

Initially, gin school sessions would run five times a week on Thursday, Friday and Saturday evenings, and Saturday and Sunday afternoons, with each to be a ticket-only event. There would be 12 places on each tour.

A variety of special events linked to gin production would also take place at the site, including food and drink events, corporate hospitality and private parties.

In the planning documents the applicant says the proposals would be ‘a unique facility in the city centre’ and would ‘create a new cultural visitor attraction for Manchester’.

The area around the Green Quarter is already home to a number of alcohol producers including the Marble, Blackjack and Runaway breweries, who also host regular events.

The plans for the distillery are subject to the owners securing permission from Manchester City Council.