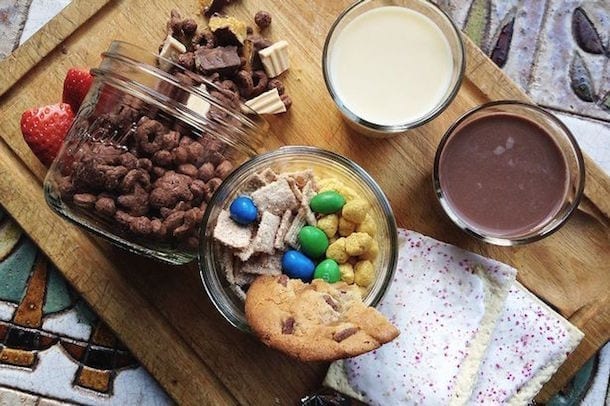 Some of you thought it was a hoax – a satire on the Manchester hipster scene and its willingness to latch on to anything that might be seen as cool, irrespective of how ridiculous it is.

Though, sure enough, following in the footsteps of London (and Leeds), Manchester is soon to get its own cereal café.

Both offering cereals from around the world, Black Milk Cereal Dive is set to open in Affleck’s Palace next month – and Cereal Central MCR is also coming soon…

Black Milk Cereal Dive, inspired by New York’s Momofuku milk bar and London’s Cereal Killer cafe, will sell breakfast cereals imported from all around the globe served with flavoured milk infused with everything from salted caramel to squid ink – the signature blend which influenced their name.

Although, it won’t just be about the cereals – ‘almost as many milk choices will be available. Options including coconut milk and camel milk will be on the menu along with infusions created by chefs using ingredients such as Earl Grey tea and Dulce de leche.’

‘Patrons will be also be given the opportunity to blend chocolate bars from around the world into milk to come up with their own concoctions. Non-cereal fans will be catered for with locally produced baked goods, such as homemade Vanilla & Stem Ginger cookies with coffee.

Avid Twitter users will have spotted this is not the first time a cereal café has been mooted for Manchester. No, not a parody account, back in December #CerealCentralMCR appeared – so are cereal wars about to begin?

No touching of the hair or face.

So we have an imposter, Manchester’s first is right here!… Coming soon