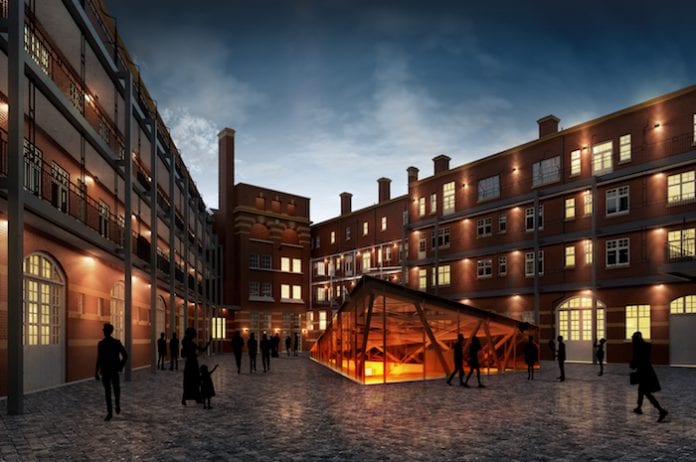 Allied London and Levitt Bernstein Architects have submitted their proposals to reinvigorate two of Manchester’s best loved buildings which have been largely dormant for years – London Road Fire Station and the Old Granada Studios at St. John’s.

London Road was described as the finest fire station in the world when it opened in 1906. A symbol of civic pride and Manchester’s standing in an imperial world, the Grade II Listed building was home to not only firefighters but families too.

Over the course of its life as a fire station it witnessed births, deaths, weddings, break-ups and a fair few merry nights, until it closed in 1986.

The Edwardian baroque-style building, which had fallen into disrepair when Allied London purchased it in 2015, will be refurbished and expanded to accommodate a boutique hotel, bars, restaurants, workspace and apartments.

Allied London say the fabric of the historic building will be protected wherever possible to preserve its unique character.

A new hotel wing will sit in front of the existing London Road courtyard elevation, with the original façade becoming one side of a corridor connecting the two.

The old firemen’s flats in the Fairfield Street wing will be adapted to create a series of workspaces and apartments, each of which will be unique and in keeping with the building’s layout and retain many original details.

A spa and themed bars and restaurants will be provided elsewhere in the building; whilst a new pavilion in the central courtyard will provide access to another bar and event space.

Its glass prism structure will create a stunning entrance with a grand sweeping stair descending into the subterranean space. Clad in semi-reflective glass, during the day it will reflect the surrounding architecture and blend into the background. At night it will be illuminated from within. 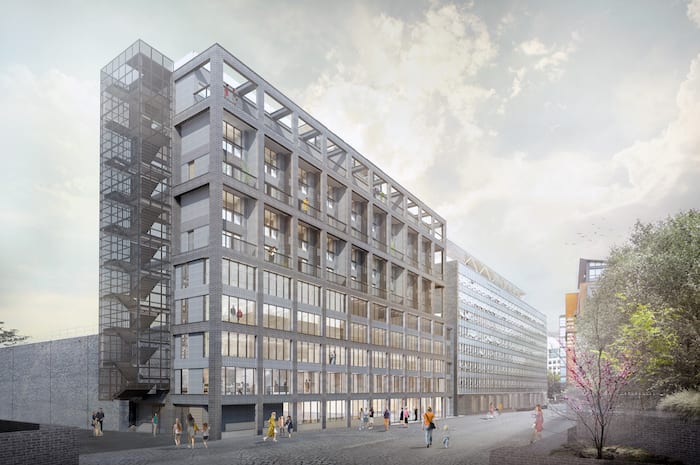 On the other side of the city, where Enterprise City UK is being created in the heart of the St. John’s area, Old Granada Studios will be one of five distinctive buildings and complexes, all featuring a blend of cafés, restaurants, retail and workspace.

The iconic former Granada House, designed by Ralph Tubbs in 1962, will be converted into a 210-room hotel with restaurant and bar areas on the ground floor and rooftop.

It will house a new restaurant on top the building in a glowing box structure which will be constructed on a network of fine columns to create the sense that it is floating above the hotel. And many of the existing studios will be retained to provide flexible event space catering for a diverse range of performances and artists.

A new building adjacent will provide 22 new homes, workspace and retail units. The homes, a mixture of duplex and penthouse apartments, will have generous winter gardens or balconies as well as access to a private rooftop swimming pool and sun terrace.

The commercial space here will be complemented by modular units to the rear of the site  offering further workspace for small start-ups.

Both London Road Fire Station and Old Granada Studios developments are currently with planning and due to start later this year. 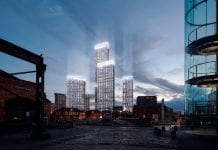 Trinity Islands: can the highest ‘vertical village’ in the north wes... 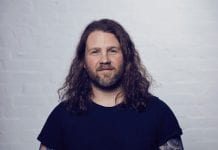 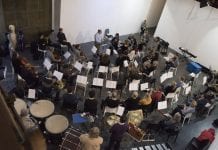