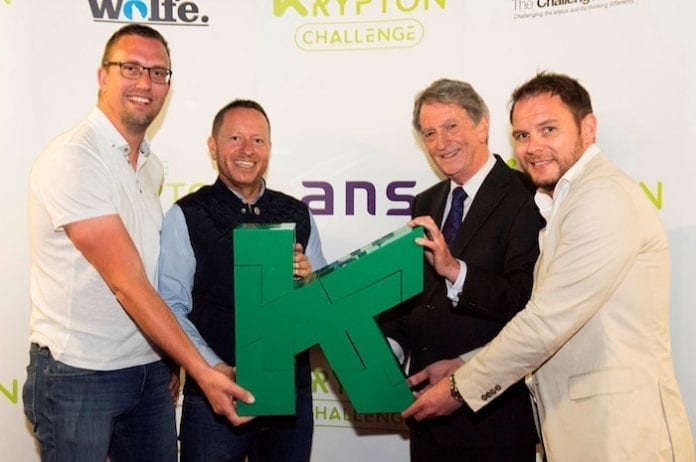 Remember The Krypton Factor, the popular Granada TV game show in which four contestants competed against other in a series of challenges that tested their physical stamina and mental attributes?

The series ran from 1977 to 1995 and was hosted by Granada Reports‘ Gordon Burns who went on to present North West Tonight on BBC.

The most memorable round was the assault course round filmed at Holcombe Moor near Bury which featured 20 obstacles including vertical and flat cargo nets, rope swings, water jumps, Burma rope bridges, and a rope slide into water.

If you always fancied having a go but missed out, you can take part in the next best thing.

The Krypton Challenge – a take on the TV show – is taking place as part of the Royal Manchester Children’s Hospital Charity’s traditional gala dinner this year.

Contestants will be tested on their mental, intelligence, and observation skills, just like in the TV show – and there’ll be an obstacle course to test them physically.

But best of all, it will be hosted by the presenter of The Krypton Factor, Gordon Burns.

The funds raised by The Krypton Challenge will go towards buying a state of the art piece of ultrasound equipment to support patients who need heart scans.

This will enable clinicians to obtain accurate images much more quickly, reducing the stress experienced by the 200 young people visiting the hospital’s paediatric cardiology out-patient department each week.

“I’m looking forward to seeing the team members skills being put to the test live in front of an audience,” said Gordon Burns.

“It’s going to be a great night, full of fun and most importantly will help to raise lots of money to make a difference to poorly children in hospital, so I’m really proud to be part of that.”

12 more teams of five members are wanted for the event, which takes place in The Revolution Manchester Gallery at the Museum of Science and Industry on Saturday, September 23 2017.