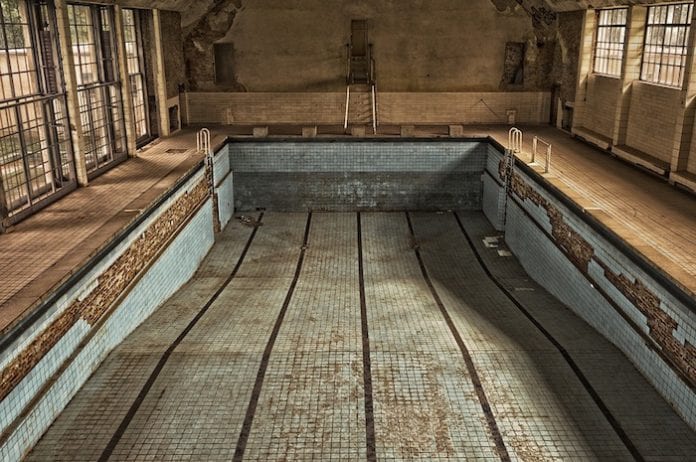 There’s a rave planned in some abandoned Manchester swimming baths, and it sounds mega.

Not least because the people planning it are behind some of Manchester’s most famous underground parties.

They first began throwing events from the basement of their student house whilst at university and have since graduated to putting on some of the best parties around the city.

Now they’ve managed to gain access to some disused baths in Manchester city centre, the location of which is being kept completely secret.

And they’re planning to throw a massive free party there, complete with a fully licensed bar. Cheeky.

They’ll also be putting in their own laser lighting rig and fully equipped VOID sound system down to bring the noise.

Organisers will be drafting in five up and coming local DJs to showcase the talent Manchester has to offer. They’re taking submissions from aspiring DJs now, so if you think you’ve got what it takes drop them a message.

The date is set for 12th September, but for now any more details are being kept under wraps.

We’re told more will be revealed closer to time. We’ll be eagerly waiting.