Passengers travelling on the direct flight from Beijing got a surprise as they waited for their baggage at Manchester Airport today.

When their luggage came around on the carousel, they also got a surprise – a cuddly toy dog.

The surprise was part of Manchester Airport’s Chinese New Year celebrations as the only airport outside London to have direct flights to Beijing and Hong Kong. 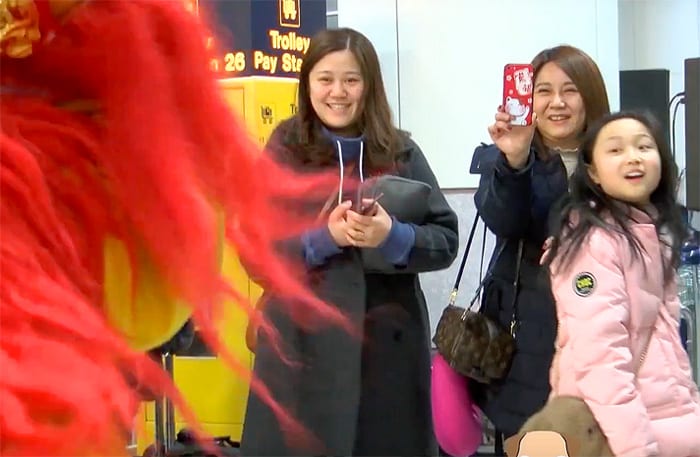 The airport has been transformed with Chinese lanterns and all week passengers have been surprised with the airport choir singing, and a Chinese dance flash mob.

The dogs proved hugely popular with passengers, as they filmed them on the carousel and took selfies with the toys.  A Chinese lion dancer was also on hand to help with the celebrations.

“What better way to see in The Year of the Dog than by giving our Chinese passengers their very own cuddly toy dog upon arrival to the UK’s global gateway in the north,” a Manchester Airport spokesman said.

“We’ve had direct routes to China since 2014 and each year our Chinese New Year celebrations get bigger and bigger. We’d like to thank all our passengers for flying through Manchester and wish them a very happy and prosperous Chinese New Year.”

Manchester Airport is also sponsoring Pugfest on Sunday 25 February at Tribeca on Sackville Street. Pugfest will see Chinese entertainment and activities including the Grand Pug Dog Show, Chinese themed food and drinks, a Chinese fortune teller for both humans and pugs and calligraphy and Chinese lantern workshops. 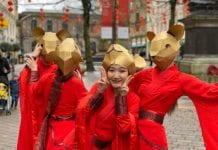