Manchester is a fantastic city for cinephiles. We have festivals, we host premieres, we drink at bars that screen movies during happy hour so it’s little wonder that we’ve captured the attention of the American indie-film circuit.

And so, last Friday, HOME played host to the premiere of Little Men, a new film by acclaimed film maker Ira Sachs. If you’ve heard the name it’s probably because Sachs’ last film, Love is Strange, was hailed as one of the best films of the 2014 festival circuit. Starring John Lithgow (Dexter’s Trinity Killer) and Alfred Molina (Doc Ock in Spiderman 2), it’s a film that sensitively explores the complexities of families, friendships and relationships in New York. Conveniently, it’s also available on Netflix.

Little Men carries a similar message. It’s a heartfelt examination of the friendship between two young boys, Jake and Tony, and their families as they live, work and suffer a life-changing breakdown in communication.

It begins with the death of Jake’s grandfather, moving him across the city and into Tony’s orbit. Although the boys have their differences, these are laid aside as the two quickly become best friends, trusting each other over and above their own parents. But their families, ambitions and social class conspire to create a drama that is not only intensely personal but also inspiringly universal. 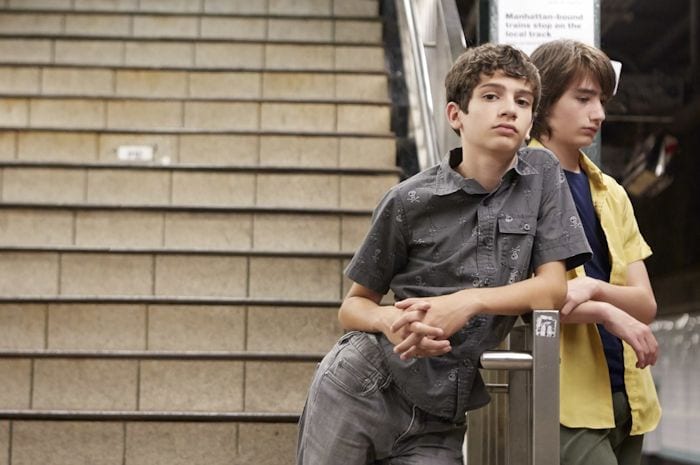 At its simplest, Little Men is a story about families, but takes time to highlight the modern divide between rich and poor as well as underlining the human cost of gentrification which, between the evacuation of the Ark homeless camp and rising house prices, is becoming more and more relevant to Mancunians every day.

Little Men is a thoroughly enjoyable film. It’s cleverly written and directed, and propelled by performances from Greg Kinnear and the debut of up-and-comer Theo Taplitz. But there’s more to it somehow. It feels honest, somehow, a refreshing take on a story that, handled badly, could have been cloying or overly bittersweet.

Little Men is not a film heavy on plot or bothered by its own cleverness. It’s a film about people and the little pockets of humanity we encounter as we go along.

Little Men is on at HOME from 23 September.