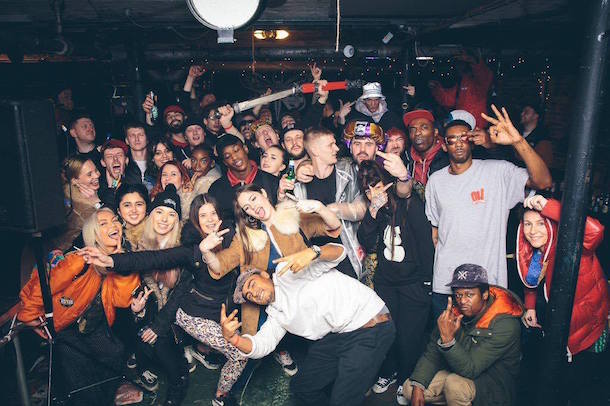 The Queen has two birthdays – which I think is a bit rich considering her whole life is just one big holiday of adoration. If she’d devised and run a massively successful club night for the best part of a decade I might be a bit more sympathetic.

But to the best of my knowledge, she hasn’t. So I’m not.

On the other hand, Manchester club night Hit & Run – who have been a consistent and beloved presence on the city’s nightlife scene for as long as I’ve been going out – celebrates part two of their 9th anniversary at Hidden tonight.

It’s not just the length of time served that makes Hit & Run what it is. The impact and place it has held on the city’s wider scene, and the artists in it, is what makes upcoming birthday celebrations that bit more special.  And probably mad.

Many of the artists from the brilliant LEVELZ collective – HIT & RUN Manchester Founder and LEVELZ Manager Rich Reason himself – would be the first to cite the club night as a contributory factor to and influence on their inroads and exciting position they find themselves in now.

This week, LEVELZ more than did Manchester proud with their own, frankly batshit crazy Boiler Room session at Islington Mill, broadcast live to a global audience. I was there and it was a far cry from many of the sometimes drab Boiler Room sessions I’ve ever seen and I’m far from recovered from it two days later.

You can see it playing on a continuous loop here

Many of the artists who are continuing to live up to their name and raise levelz each time – including Sparkz, Chunky  and many more – got their first shows and residencies at Hit & Run.

Despite never straying far from their roots of DnB, hip hop and sound system culture, the night has moved around with the times, both literally and figuratively, to their new home Hidden (City Life’s Club of the Year) following their successful tenure at Antwerp Mansion.

There are a limited amount of tickets available here