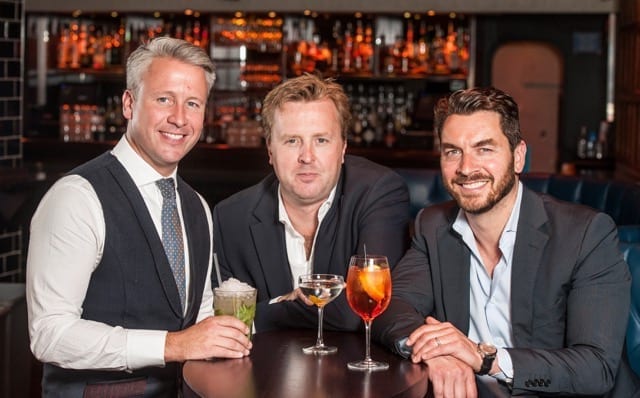 London-based cocktail bar chain Be At One has launched its new bar in the Barton Arcade – the group’s first location in the North West.

Be At One has taken the former Circle site in the Deansgate arcade for the Manchester venue, which will focus solely on drinks and have a menu of more than 150 cocktails.

The chain was launched by a trio of bartenders – Steve Locke, Rhys Oldfield and Leigh Miller – with the first site opening in Battersea in 1998. The Manchester venue will be be the group’s 30th UK site and their 11th outside of London.

Steve said: “Be At One is a cocktail institution, providing great service and an unbeatable party atmosphere and, most importantly, with a pretentious-free attitude. Manchester is a major step for us. The city has a thriving cocktail scene and one we are very excited about joining.

Be At One also have a smartphone app which includes a personalised ‘Appi Hour’ and a randomly-generated cocktail for £5 available every day through the ‘Be Appventurous’ feature.

Be At One officially opens on March 24.