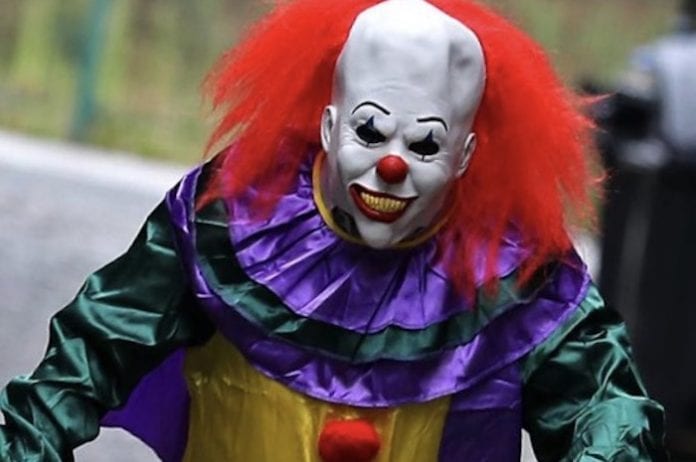 Evil clowns are feared to be making a comeback after police issued guidance saying they were anticipating sightings over the next few months.

The notice was issued in anticipation of the film IT being released in the USA on September 9. The film is based on a Stephen King story of an evil demon who takes the shape of a clown.

A spate of incidents were reported in Britain last year with several sightings also recorded across the pond in America.

Police issued a community awareness notice earlier this week saying they expected sightings as soon as this month.

The statement read: “It is anticipated that ‘creepy clown’ sightings could be reported starting as soon as September, in part due to the fact that the movie IT will be released in theatres.”

Sightings were reported last year in Essex, Wales and Newcastle with a primary school in Merseyside put into lockdown after a man with a kitchen knife in a clown mask was spotted nearby.

Advice from British police about what to do if you encounter a clown is to remain calm and call the authorities.

“It’s important to stress that no one has been physically harmed and I want to reassure people that we take reports of this nature extremely seriously.”

Is this serious news or is it just publicity for upcoming movie release Stephen King’s IT showing at newly opened Odeon Manchester Great Northern?