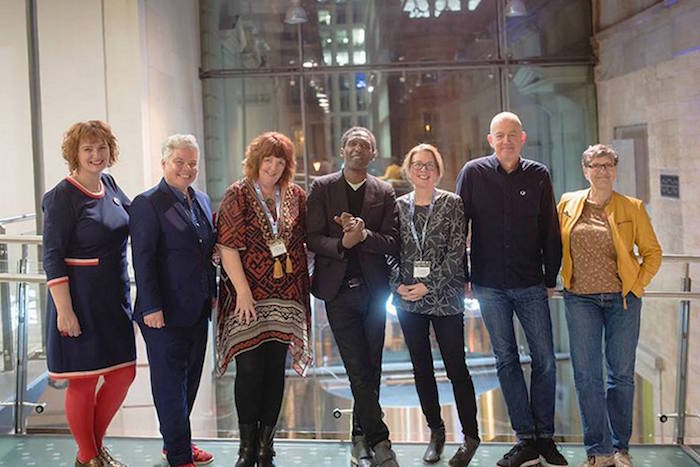 Renowned Manchester poet Lemn Sissay has become a patron of Manchester Histories, the charity dedicated to changing lives through history and heritage.

The announcement was made on a night of poetry, protests and pints of limited edition beer as Manchester Histories unveiled details of the fifth Greater Manchester-wide biennial festival, which will run from 7-11 June next year.

Sissay was guest of honour as Manchester Histories’ creative consultant, author and DJ Dave Haslam, announced a programme of events to mark the 150th anniversary of the formation of the Trades Union Congress in Manchester and Salford in 1868.

Unique amongst histories festivals in the UK for working in collaborative partnerships with organisations, communities and individuals, the theme of Manchester Histories Festival 2018 festival will be protest, democracy and freedom of speech.

At the special event – part of UK Parliament Week – staged at the City Art Gallery, Manchester-based electronic music promoters Annex Agency and Project 13 gave a taster of work they will be producing for Manchester Histories Festival 2018 when they present DJ’s Acre and Afrodeutsche. 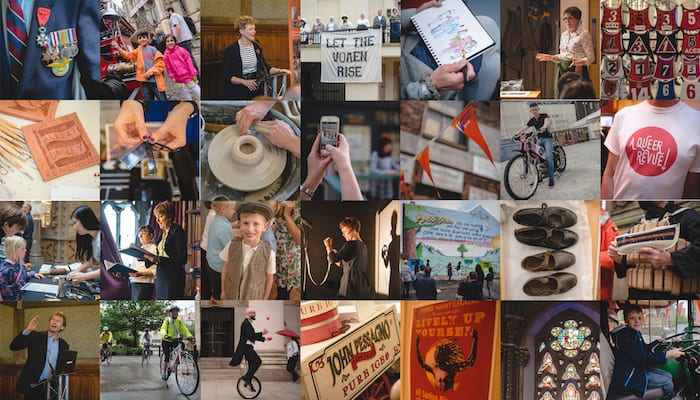 Poet and playwright Louise Wallwein gave a performance and artist Lauren Sagar discussed her new work The March of the Artists, inspired by the 1817 March of the Blanketeers, when around 5,000 Lancashire weavers set off from Manchester to London to petition the Prince Regent over the desperate economic hardship faced by the textile industry in Lancashire.

The Blanketeers formed part of a series of protests and calls for reform that culminated in the Peterloo massacre.  The March of the Artists will form part of a whole day of debate in the 2018 Festival.

Guests at the gallery also had the opportunity to sample a limited edition beer by artist Magnus Quaife, who has been researching Gartside’s Brewery, once a major employer in the Tameside area.

Sissay, now 49, spent most of his teens in children’ homes. He released his first book of poetry aged 21 and has been a full-time writer since the age of 24, performing internationally. In 2007 he was appointed artist in residence at London’s South Bank Centre and he was official poet of the 2012  London Olympic Games.

He was appointed MBE in the 2010 New Year Honours and was elected Chancellor of the University of Manchester in 2015.

“This is priceless, and we can’t wait to start our journey with Lemn, working together to ensure that we continue to transform people’s lives through histories and heritage. Indeed, there is only one Lemn Sissay in the world.”

You can get involved in the Manchester Histories Festival 2018. Submissions are invited for the festival itself, together with the Manchester Celebration & Fun Day, and the Soapbox project at All Saints Park, a partnership with Manchester Metropolitan University.

Keep up to date at www.manchesterhistoriesfestival.org.uk