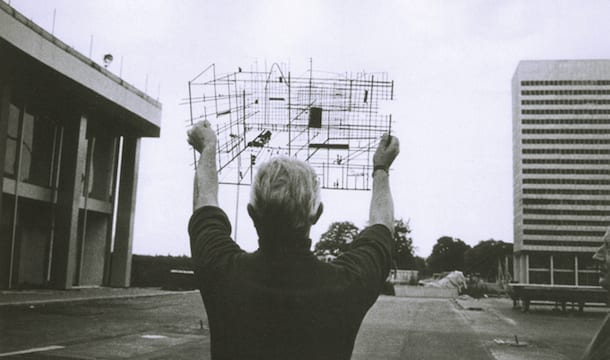 Cornerhouse, Manchester’s centre for international contemporary visual art and film, has announced its final exhibition before moving to its new home next spring.

From 22 November 2014 – 22 March 2015, showing as part of Cinedays – celebrating European Cinema, Playtime will be an ambitious group show. Featuring new commissions by nine international artists, filmmakers and musicians who pay tribute to the triangular three-storey building on Oxford Road which Cornerhouse has called home since 1985.

The works will be inspired by or pay tribute to director Jacques Tati’s 1967 film of the same name. Artists will take the themes of the film as point of departure to explore architecture and physical comedy, sound and space, memory and site. The exhibition will feature sculpture, installation and sound works that branch out from the galleries, through the entire building, onto Oxford Road and beyond.

The exhibition will culminate on 4 April 2015 with The Storming, a spectacular, one-off performance to close the venue by Manchester-based artist Humberto Vélez. Club dancers will storm the main Cornerhouse building, performing choreographed routines. Once the choreographed crowd has filled Cornerhouse, audiences, who at first watch from outside, will be invited in as the storming transforms from an art installation into a farewell dance party and welcome for new venue HOME which will open as a new multi-art form venue in spring 2015.

Artistic director Sarah Perks said, “HOME will be a cultural hub committed to commissioning, curating and exhibiting the best in bold, provocative and contemporary visual art, film and theatre. Ours will be a world seen through Mancunian eyes, – one that harnesses the creativity and potential of local, national and international artists, audiences and communities.”