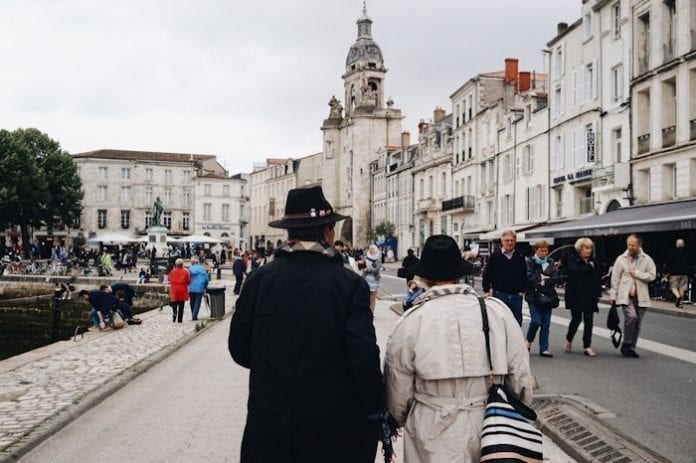 So you’ve decided you’re going away this summer. You’ve flicked through endless travel magazines and watched A Place in the Sun on repeat for a week to get a little holiday inspiration but you still can’t decide where to go. We’ve all been there.

Last weekend I was lucky enough to hop on a flight from Manchester Airport to a place you may never have heard of.

La Rochelle is a sparkling seaside port town on France’s Atlantic coast. It’s the sort of place that leaves you spellbound the moment you wander its cobbled streets with white shuttered houses and lines of washing strung from balconies.

The port is just as it was centuries ago. The arcaded streets, the locals closing up shop to grab baguettes from the boulangerie, the fresh seafood on the harbour and the gentle rhythm of village life are what make La Rochelle a must for your next Euro trip.

Here’s a list of places to see and things to do to help you plan your trip. 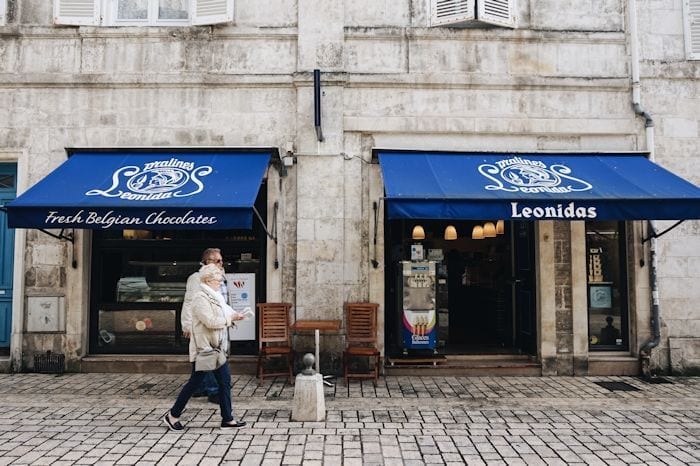 You’ll probably land in the afternoon and want to mooch about the city. Good choice. Make sure you save time for…

A visit to St Nicholas Tower 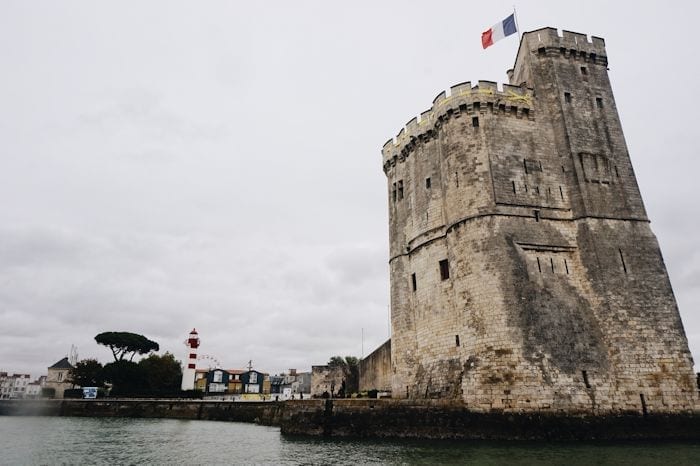 No matter what you’ve read, nothing can prepare you for that first skywards glimpse of St Nicholas Tower. It’s iconic and it’s beautiful. Grab a guide book and walk around the ancient ruin, learn about the history of the city, take the craggy steps up to the top of the castle walls and look out across the harbour. Do it just before sunset and watch as the sinking sun paints the whitewashed walls of the city in pretty hues of pink and purple. It’s a sight and a half. When I visited I was squelching around in Manchester-style rain on my visit but when I wasn’t adjusting the spikes on my umbrella I was taking in a pretty breathtaking view.

It’s an early rise, but it’s worth it.

Get fishy at La Criée 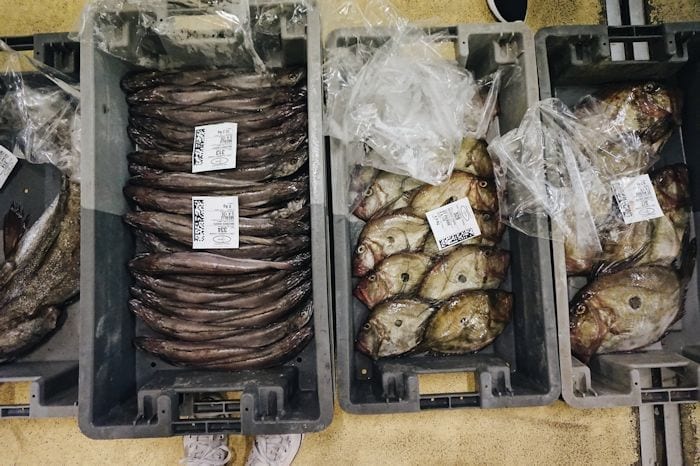 La Rochelle is a fishing town that goes back centuries, so it seems only right that on our second day in the city we headed out to the fish auction. They say the early bird catches the worm so if you’re one of those people who likes snoozing your alarm, you can forget about it on this trip. You need to be up and out at around 4.30am to catch a taxi and get to the harbour for 5am when the fishermen come and unload the daily catch.  The market operates as it has done for centuries and there’s a real buzz about the place. Listen to anglers calling their order and hold your nose as you head into the freezers to see the mussels and monkfish and sea monsters of all sorts get unloaded into crates. The auction starts at 6am. This is serious stuff so try not to rustle sweet wrappers whilst you’re in the sale hall. We wouldn’t want anyone to miss out on their favourite monkfish fillet.

After the auction we headed back to the hotel for breakfast and to sneak 40 winks before an afternoon of exploring. 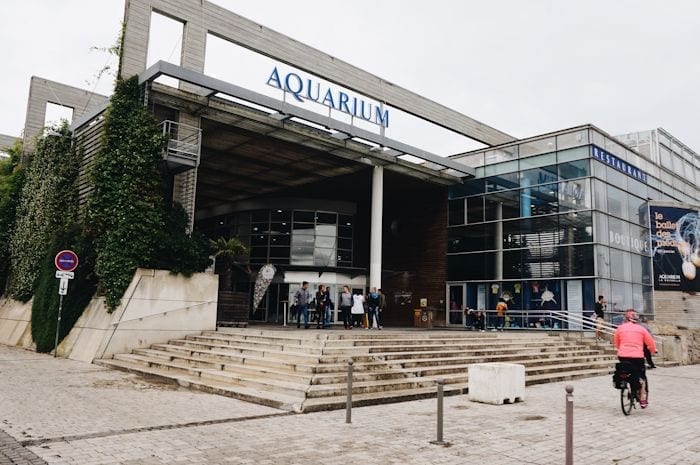 If Blue Planet springs to mind when you think of an aquarium, you’re in for a treat. La Rochelle Aquarium is state of the art. It’s home to 12,000 marine animals and over 600 different species of fish. Step through a set of doors into a clunky submarine-like lift which transports you beneath three million litres of water to the seabed. Here you’ll be greeted by the sounds of waves, classical music and the pouting fish of the Atlantic. Walk through room after room of coloured jellyfish waving their hand like tentacles, dancing seahorses, gnashing piranhas, timid turtles and all sorts of alien-like creatures you’ve never heard of, much less seen. An audio guide to accompany your walkthrough costs three euros. I learned that female octopuses become so tired at the thought of bringing up their young that they die of exhaustion as soon as they’ve hatched. A feeling many mums can probably relate to.

For lunch I recommend Le Prao, a brilliant artisan restaurant where you can eat fish caught that morning. 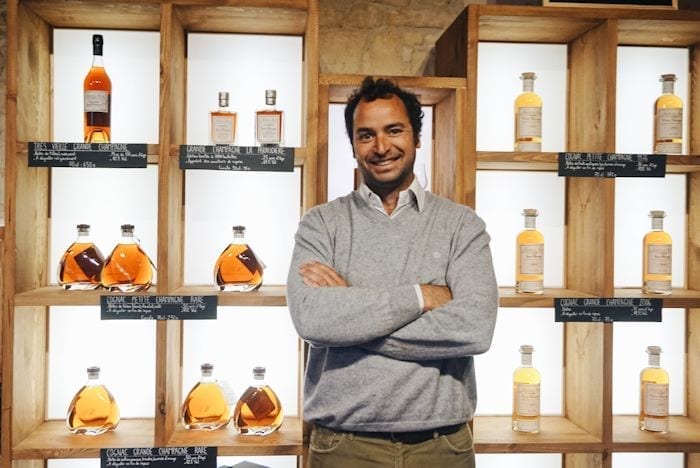 If you’ve dreamt of meeting Bond – James Bond – you may want to meet Mercier – Edouard Mercier, a fifth generation Cognac producer. He might just be France’s answer to 007. He whisked us away from town through quiet country roads to his family estate farmhouse. Here we learned what goes into the production of this double distilled spirit and had the chance to explore the Mercier cellar, with its thick black cognac infused mould and spiders that were so drunk they span crooked webs.

When I asked him to name his favourite cognac of all those he produced, he answered:
“Well, it depends. Is it to go with breakfast, lunch, brunch or dinner?” Cognac with breakfast? Well that’s a new one. This visit to Domaine Normandin-Mercier is a picturesque stop even if you’re not a fan of the local fire water.

We spent the late afternoon sitting by the harbour with an ice cream and coffee before heading back to our hotel. 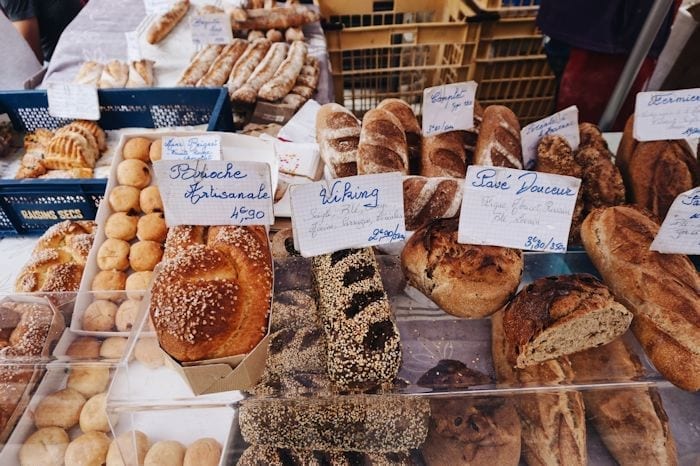 They say we eat to live but the French live to eat. In La Rochelle you certainly won’t go hungry. Scrap the Warby’s toastie and Coco Pops in favour of warm croissants and chocolate crepes, fresh squeezed orange juice and strong black coffee. You won’t find those soya decaf caramel lattes here because we don’t tell jokes like that in Europe.

We were staying in our own modern period gem and my morning wake-up call was the sound of seagulls squawking outside the shuttered hotel windows. I headed down to eat my petit dejeuner in gardens that looked like something straight from a Monet painting. Soak it all up before you head out for a walking tour of the city. 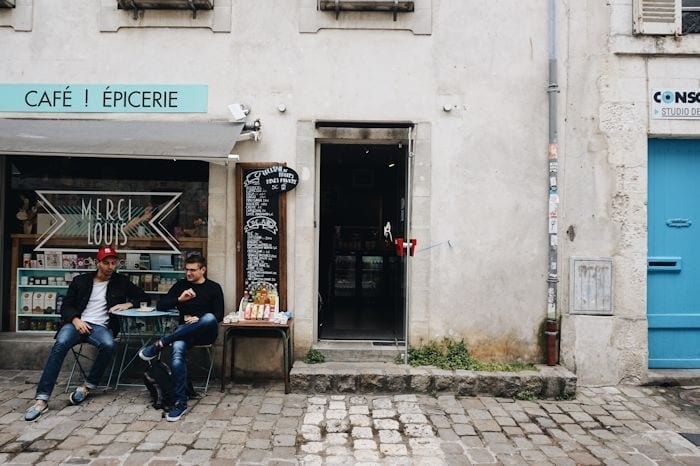 If you’d like to really get a sense of the city with all its nooks and crannies, this is the only way to do it. Your guide will talk you through the history of the streets, the houses, the churches and the wisteria-draped café terraces. You’ll walk through pretty cobbled backstreets where locals greet each other with nods and cheek-kissing. (To avoid any awkwardness, it’s one on each). 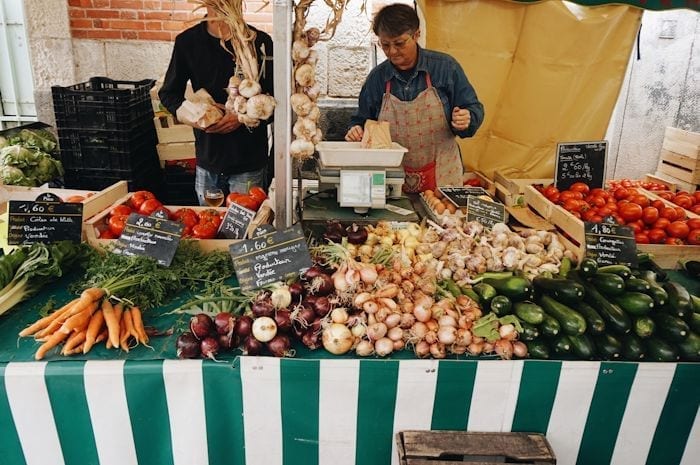 The tour ends in the colourful artisan street market. There’s an early morning buzz with traders calling out all sorts of French phrases. ‘Foi gras’ was one I heard frequently. They also sell live oysters which are opened in front of you and, although they aren’t to everybody’s taste, if you have a hankering for the flavour of sea water (and the texture of slime), this is a good bet. 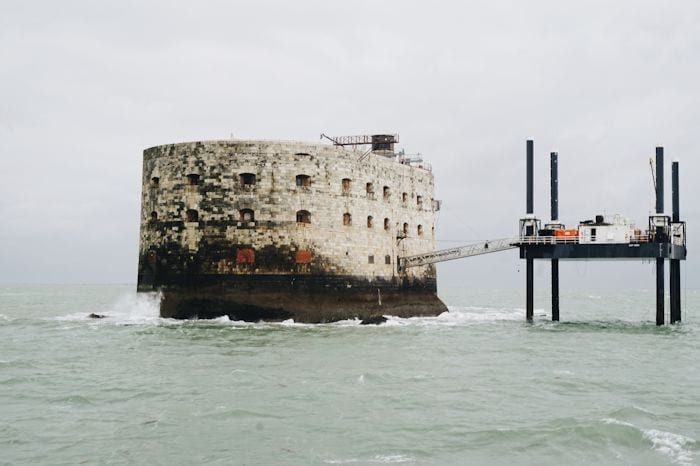 Spend the late afternoon watching boats bobbing on deep blue waters before setting sail for Fort Boyard, a Napoleonic fortress between the islands of Île-d’Aix and the Île d’Oléron that sits crumbling into the sea, and the location for the TV programme of the same name. On our trip I was pelted in the face by rain and gale force winds and tried my best not to get thrown overboard. It was a stunning trip, all the same. 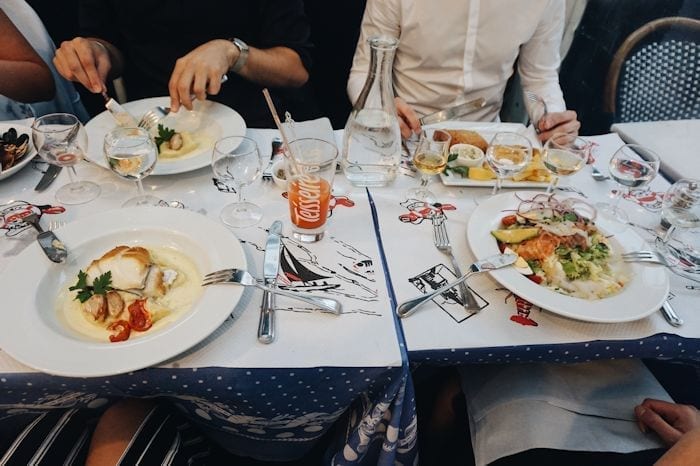 Dinner at Bar Andre is a good idea. It’s set back on rue St-Jean du Pérot and is the epitome of a French seafood eatery. From the buzzing alfresco bar to the warren of nautically themed dining rooms inside, you’ll find something for every palate, taste, and shellfish craving.

If you want to discover a little gem of unspoilt French joie de vivre, you’ll find it in La Rochelle. For French splendour, style, history and gastronomy, it will exceed your expectations, no matter how great.

FlyBe fly direct to La Rochelle from Manchester Airport from as little as £45.99 per person. We stayed at Hotel Champlain, 30 rue Rambaud, a boutique hotel with rooms from £78 per night.