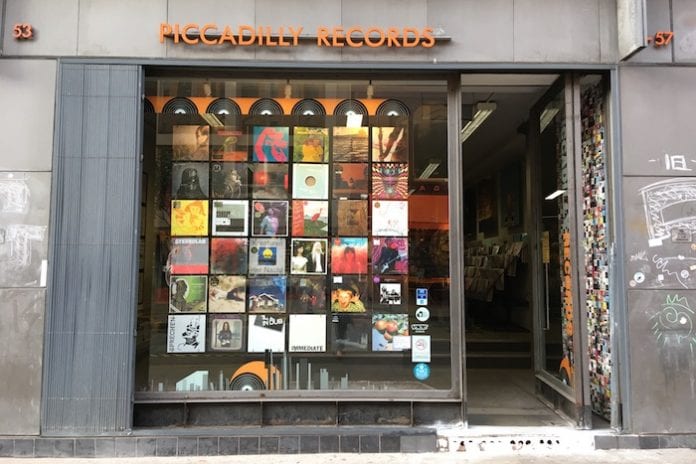 This year marks the 40th anniversary of Piccadilly Records, the independent record shop that’s become an institution, not only for Manchester but for music fans across the world.

To mark its landmark birthday, we chatted to the manager Patrick Ryder about the shop’s survival, its contribution to the Northern Quarter, and future plans. 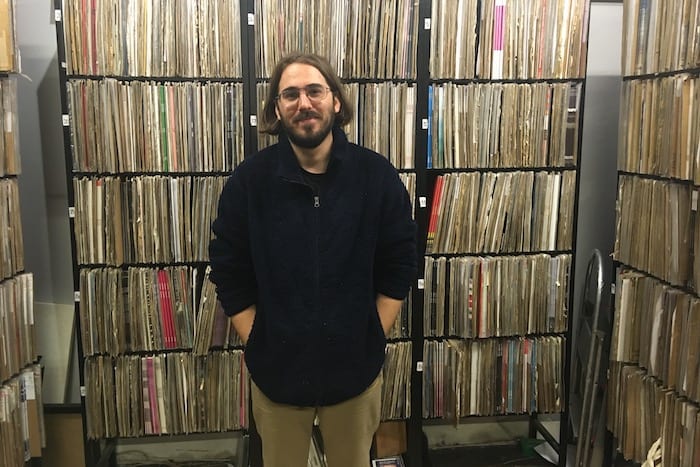 It was part of another shop, like a record concession. When the company decided that wasn’t working for them, the current owners and a lady called Philippa, who retired a few years ago, took the shop on. It flourished in the Eighties in the post-punk era when indie started, and the shop’s success just grew. They were in Piccadilly originally, and then they moved to Brown Street and were there when the bomb happened. Philippa still has the cover for the Fugees album that shredded when the windows blew through. And then they moved up to here, to the Northern Quarter, when there wasn’t much else around.

What do you think makes it stand out?

There are lots of great record shops in Manchester but for new music we stock such a broad variety, and everything in the shop has a description on it. So if you like music but don’t know about a particular album, you can read what someone who does know about it thinks. The care in passing that knowledge on is such an amazing thing. And it’s not judgemental in any way. There’s the old idea of a record shop employee going, ‘Why are you buying that?’ but that’s never been the ethos here. Part of the reason Piccadilly’s been successful is because it’s such an inclusive place. 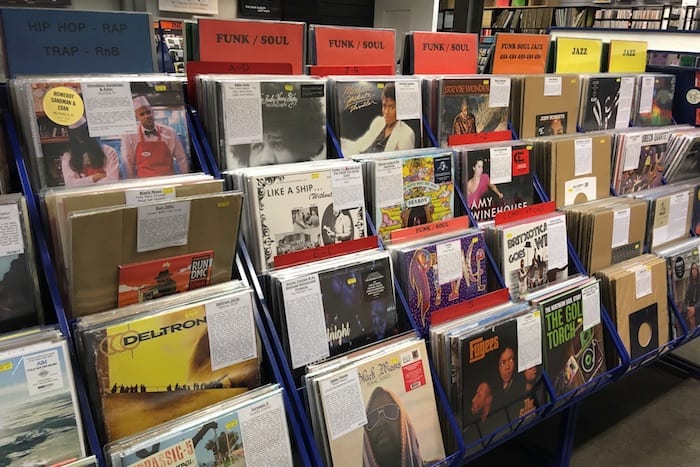 Are people welcome to just browse?

Yeah, browse, listen to records. You can listen to anything in the shop. Half the people who come in know what they want. These are the people who check our website all the time and know what’s coming out. The other half are those who just come in, have a browse, read the descriptions, bring some sleeves up, listen to them, have a conversation and maybe get some suggestions. As an employee, the very best part of the job is talking to customers, recommending music and being recommended by customers, too.

Who decides what music is bought in?

There are five buyers, each dealing with different types of music, from guitar and techno to jazz and disco. We had a lad that worked here for a while who didn’t understand why we didn’t sell Ed Sheeran because ‘we’d sell loads of it’. He never quite understood he’ll sell a lot of records anyway, and that’s fine, he’s a very good pop song writer, but people don’t need me going, ‘You should buy this’. But there are people doing something creative and taking risks that don’t get the exposure, and that’s really what we want to push. Sometimes I’ll buy things in that I couldn’t be sure will be good, but I know it’s interesting and they’re doing something different. 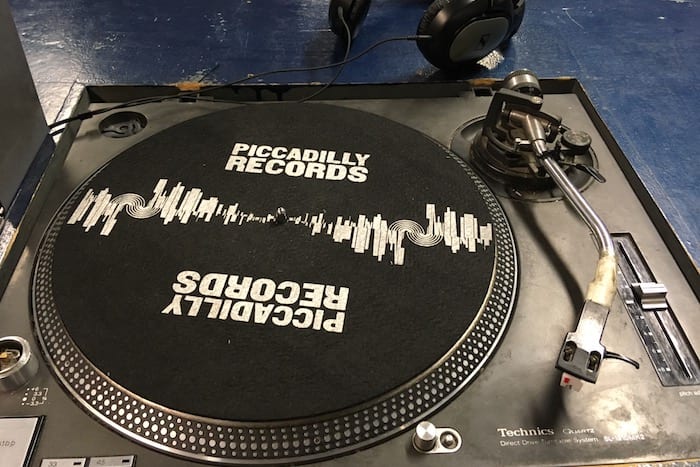 How difficult has it been given the industry’s changed so much?

When people began Internet shopping, things were good, we could spread our message to a lot more people. And then illegal downloading started, and that was a massive hit. And when iPods were first around there was a big shift. CDs used to outsell vinyl, then digital did better, so the people buying CDs split into two camps. Half of them moved to downloading, and the other half started buying records because what they liked about CDs was the physicality of it. With digital, people had days’ worth of music on the computer but no idea what they had, they’d lost the connection. I think people have come back to records, and to have a collection that means something.

The things we might do are the things we always talked about doing. We’re organising more in-store sessions. For a while we couldn’t because of the hot yoga downstairs. After one particularly loud, chakra destroying performance a few years ago they made complaints and we didn’t want to annoy them anymore. But now we’re looking to organise a few more events that bring people to the shop. The workload is shared out a lot more among the staff nowadays, so it means there’s more time for everyone to be creative, have ideas and be more a part of the music scene. 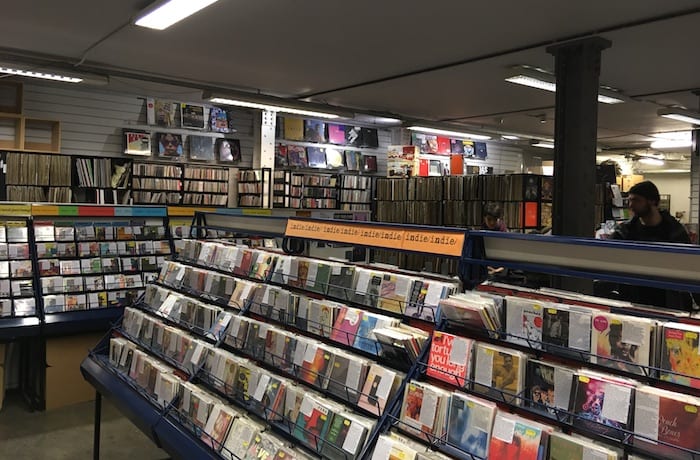 Can you imagine the shop moving again?

I don’t know, because the rents are prohibitive these days. Northern Quarter’s in a strange place. There are a lot more chains, chains that look independent but they’re not. There are businesses that will put up advertising saying ‘This is our pricing, and this is what our local competitor’s pricing is’. No one in this area has ever done that. Everyone knows each other, so if we don’t have something, I’ll tell a customer which shop around here will have that record and they do the same for us.  It’s the same for all the different shops that were here historically, but now things are different and the independents will gradually be squeezed out.

What do you think this could mean for the area?

Places are only interesting because there are interesting people. If you take that away, there’s nothing. But then everyone here is committed to what they’re doing. I mean you look at the shops on Oldham Street and nearby, they’ve all been here a long time and this area wouldn’t be what it is without those people. I see no reason why they won’t carry on. There are always ups and downs and issues and external pressures you have to deal with. People have been through it before and will adapt again.