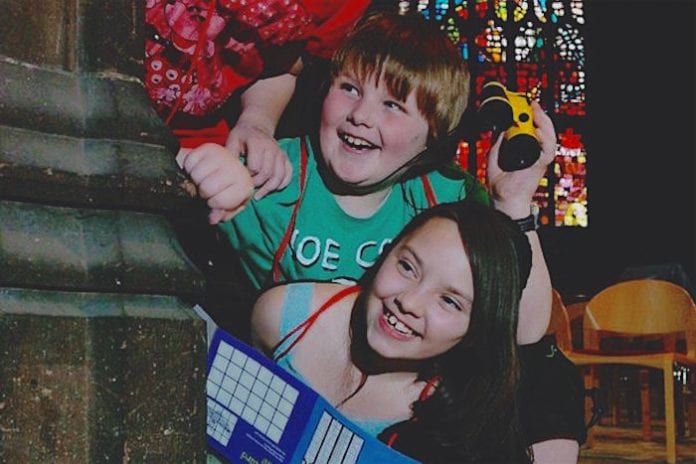 Members of the public are being urged to honour the unsung young heroes of Manchester by nominating them for the first ever British Citizen Youth Awards.

Whether it’s someone special who selflessly supports a relative or friend, an inspiring individual who has overcome the odds to make a difference to other people’s lives or a community crusader who goes above and beyond for a good cause, BCYA co-founder Mike Faulkner is calling for I Love MCR readers to help them find under-16s from across the area who deserve to be honoured.

“There is no age limit for selfless acts of kindness which is why we’re launching an award specially designed to honour under-16s,” says Mike. “Selfless people are the key to making our society and communities the special places that they are, and this includes many unsung heroes who are often responsible for amazing things but don’t receive the praise they are due.

“We’d like to encourage people to help us give our amazing youngsters the credit they deserve. If you know a young person under the age of 16 who deserves to be recognised for their commitment to a good cause, then put them forward. Tell us who they are. We need the public’s help to find our young hidden heroes.”

The awards, in association with Specsavers stores across Greater Manchester and nationwide, have attracted attention from big name supporters and patrons and hope to shine a light on some of the nation’s brightest stars of the future.

Manchester Arndale and Manchester Fort Specsavers retail director Peter Dodd says: “Unsung heroes make a difference to someone’s life every day. We are looking for local young people in the area who deserve to be recognised for the hard work they have carried out whether that’s helping others, raising money for charity or raising awareness.”

Dame Mary Perkins, co-founder of Specsavers, says: “The society we live in tomorrow will be shaped by the children of today, which is why championing amazing young role models is so very important.

“The young people that become the recipients of the first British Citizen Youth Awards will, I am sure, inspire other youngsters to emulate their good work and embody the spirit of transparency, integrity, determination and achievement that define these awards.

“Whatever it is that they have done to make a significant impact on society, their community, a charity or other good cause, it will have been with a selflessness and commitment that deserves to be publically acknowledged. These unsung heroes are the rising stars of the future – let us shine a light on them and celebrate!”

A list of this year’s recipients will be published in October 2016 ahead of a private ceremony where the selected nominees will be presented with BCYA titles and medals at The Palace of Westminster on 18 October 2016.

The British Citizen Youth Award is in association with world’s largest optical retailer, Specsavers and creative communications group, Beattie who will each have representatives at the awards ceremony.

To apply send an email to jacquif@britishcitizenawards.co.uk with BCYA in the subject line. Deadline for entries is 19th September 2016.