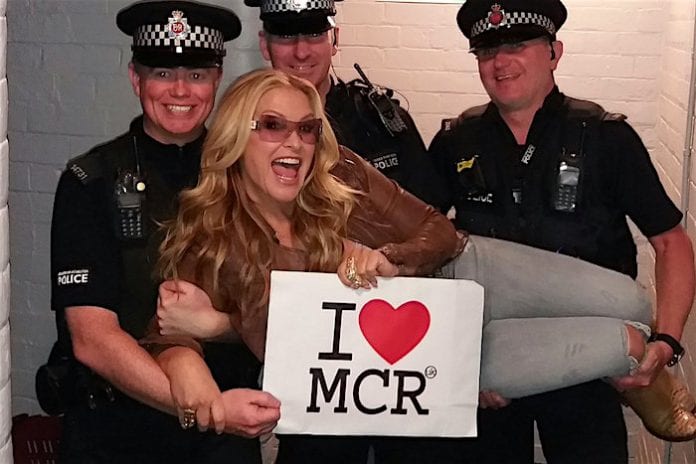 The response to the terrorist attack on the Manchester Arena last week has been remarkable. The Emergency Fund now stands at £5.57m with donations large and small coming in from all over the world.

Eminem has made an undisclosed donation to the Emergency Fund and urged his 20m followers to do the same.

Join me in helping Manchester victims & their families, Make a donation to the @BritishRedCross and @MENnewsdesk https://t.co/JchJtYOdMU

Liam Gallagher announced a series of gigs with profits going to the same appeal. He will be playing the Manchester Ritz on Tuesday 30 May followed by gigs in London, Dublin, and Glasgow.

Anastacia will be donating proceeds from sales of CDs of her gig at the Apollo yesterday to the Emergency Fund.

I would never scalp you😳😳 all of tonight's live cd sales go 2the victims.I am giving my share of all sales Manchester live cd2 the victims https://t.co/AgNH6FYOcn

Ariana Grande says she will return to Manchester for a benefit concert to raise money for the victims and their families. The singer posted a statement to Twitter in which she revealed her plans.

“The compassion, kindness, love strength and oneness that you’ve shown one another this past week is the exact opposite of the heinous intentions it must take to pull off something evil as what happened Monday.

“I’ll be returning to the incredibly brave city of Manchester to spend time with my fans and to have a benefit concert in honor of and to raise money for the victims and their families. I will have details to share with you as soon as everything is confirmed.”

It’s not just the rich and famous who have been doing their bit.

Yesterday's non-uniform day raised over £1000 for @ILoveMCR @mcr_charity – thanks to all who contributed pic.twitter.com/DVC40bE4F2

“People have been so generous, dropping notes not coins for the all the victims of the terror attack.” Jolene at M&S #westandtogether pic.twitter.com/UHtBUmigzw

And Manchester’s creatives have been getting creative.

Local artist Amy Coney will be painting live at Gorilla today. The painting, which will feature Tony Walsh’s poem This Is The Place, will be auctioned with all proceeds going to the Emergency Fund. For more information go to @AmyConey