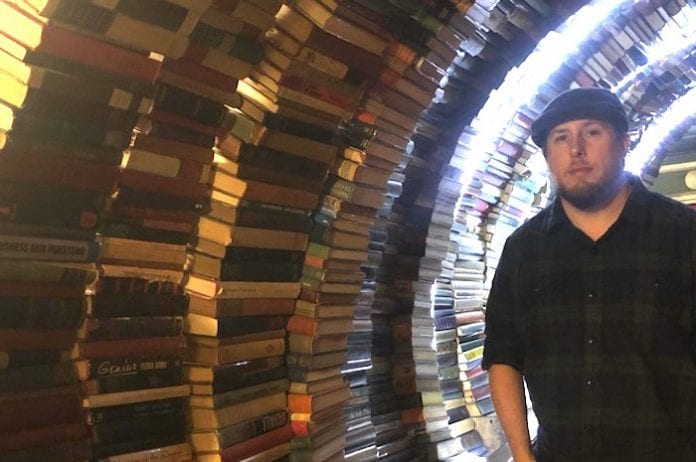 Many people dream about making a living from writing. Not many people manage to do it.

Described by The Independent as ‘the leading writer on Manchester United on the period between Sir Matt Busby and Sir Alex Ferguson’, he currently has 15 books to his credit – pretty remarkable as he only gave up his day job to write in 2012 and has only been writing full-time since 2014.

“On my school report when I was eleven I said my only ambition was to be an
author and to me that always meant having one book published,” says Wayne.

“There was a time when I thought that might never happen – so to have fifteen now, and more definitely to follow, is quite surreal.”

It all started in 2010 when he was contributing to a football blog and decided to set up his own – False10.com – which The Guardian picked as one of its “100 football blogs to follow” in 2011.

This gave him the the opportunity to interview some former Manchester United players. He asked one of them, Brian Greenhoff, if he could work with him on his autobiography. Brian said yes, and Greenhoff! was published in 2012.

Greenhoff! was followed by Fergie’s Fledglings, a ‘fascinating and extremely well- researched story of some of those who did not quite make the grade at Old Trafford’ (Oliver Kay, chief football correspondent, The Times).

That was followed by Merlin, The Autobiography of Gordon Hill (‘Great insight into one of Manchester United’s great characters’ – Henry Winter in The Telegraph) and, in 2015, Rise of the Underdog, the autobiography of Danny Higginbotham, which became a best-seller.

Then came 74/75, (‘an essential read’ – The Independent); It’s Mick, Not Mike, the autobiography of Mick (not Mike) Duxbury; You Can’t Win Anything With Kids, (brilliantly recalls an incredible season” – Daniel Taylor, The Guardian); Red White & Blackmore (the autobiography of Clayton Blackmore); and The Man Who Kept The Red Flag Flying, the authorised biography of Manchester United hero Jimmy Murphy, who managed the club after the Munich air disaster.

Wayne doesn’t just write books about Manchester United.  He’s made a film about them too. He co-wrote and produced Too Good To Go Down, which was based on his book of the same name and broadcast on BT Sport last year.

When he’s not busy writing books or making films about Manchester United, he writes novels as WS Barton.

His first, Coal House, was published in 2015. His latest, Peach, is published by Fish Out Of Water Books, a Detroit publisher owned by Mancunian expat Jon Wilson. Curiously, to accompany the book there’s a set of songs written and recorded by the actor Charles Baker (Skinny Pete from Breaking Bad), whose autobiography Wayne is currently working on.

Wayne has also written a follow-up to Peach, a biography of Eric Cantona, and “a bunch of projects, but it’s early days – too early to mention anything just yet.”

So how has it been going from part-time blogger to prolific full-time writer in less than ten years?

“I have been very lucky with publishers who have liked some of my ideas, and I’m also very thankful that the reviews from the press have always been positive,” says Wayne. “That has helped me build my career.

“It is not always easy living between royalty payments, and it made it a tough decision to make then. But if I took work to supplement my writing income, I knew I would have missed out on some opportunities that have come up in the meantime.

“Thankfully the royalty statements have been more frequent the more I’ve written. I am so fortunate to have the support of my wife and family, a lot of people do not have that opportunity.”

“If you run a blog and have ambitions to write on bigger platforms, whether that is for another outlet or in a book, talk to people, interview them for your website, try and discover if there is something which you feel could be of interest to others, an angle on it or a perspective that could be new or rarely heard. Something that you could specialise in. Talk to people, engage with other people and other writers, grow your content, grow your network, make as many connections as you can and learn as much as you can.

“I always trust my own instinct in that if I find something interesting, I think I can translate that into something that could be interesting to others.

“To be published even once is very rare, and can depend on luck and circumstance, and the journey to that wonderful milestone can be roadblocked by hundreds of rejections. You have to learn to be thick-skinned and not take it personally.”

By the way, in case you’ve looked on Amazon for his books, he’s not the author of The Complete Guide to Chip Carving. That’s a different Wayne Barton.