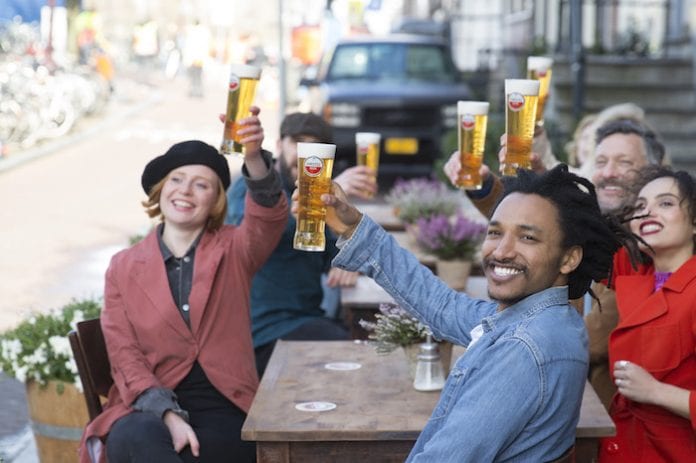 Everybody needs good neighbours, according to the theme tune to the Australian soap. But how well do you know your neighbours?

Turn on Corrie and you’d be fooled into thinking everyone in Manchester is all up in their neighbours’ business.

But despite advances in technology making us better connected than ever, numerous studies suggest that loneliness is at an all time high here in the UK. It’s ironic, but there it is: the new epidemic of our age.

According to a recent study by Dutch brewery Amstel with Onepoll, over half of us don’t even know our neighbours’ names, let alone what they do.

What’s more, only 5% of us said we feel ‘very close’ to our neighbours. And only four in ten said we feel connected to our communities.

Apparently, asking someone to water our plants when we go on holiday doesn’t quite cut the mustard.

No matter how many followers you have on Instagram or ‘friends’ on Facebook, the interactions we have online just aren’t as rewarding as a real face to face chat. We all know it. But what about doing something about it?

Manchester is a friendly city and we’ve got a proud history of coming together in times of need.

Two years ago, following the tragic attack at the Manchester Arena, we set an example for the world with our reaction to the world-rocking events of that day.

In the weeks that followed, no matter where you went, there was warmth and kindness to be found in every corner of our city. It’s not gone away, but it’s faded as time has passed and we get bogged down in our day-to-day stresses.

But it’s important that we don’t forget to be good neighbours to each other. It’s what makes Manchester such a great place to live.

To help remedy this, Amstel has launched Neighbours’ Week to encourage neighbours across the country to come together at the heart of the community – the local pub.

So why not try breaking out of your comfort zone and making a better community. Celebrate Neighbours’ Week at these great neighbourhood pubs across Greater Manchester:

Or check out the pubs to head down to on this online map.