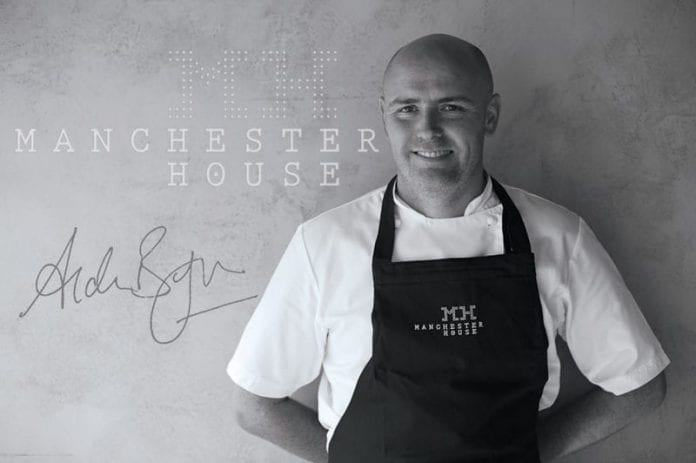 Manchester House head chef Aiden Byrne has called in fellow celebrity chefs Tom Aikens, Daniel Clifford and Michael Wignall to cook alongside him at a special charity dinner at the fine-dining restaurant.

“It’s not often you get the opportunity to sample a meal cooked by four separate winners of Michelin stars.”

The dining experience over eight courses, each paired with a matching wine, is taking place on Tuesday 18 February and is £200 per person. Hospitality Action, which provides a lifeline for current and former hospitality industry workers who find themselves in crisis, will receive £100 from each ticket.

All four chefs have featured on BBC television series Great British Menu, with Tom’s starter, Aiden’s fish course and Daniel’s dessert taking three of the five places on the finished menu in 2013.

Aiden, the youngest ever recipient of a Michelin Star, said: “I’m so pleased Tom, Daniel and Michael agreed to come and work with me on this one-off occasion at Manchester House. We all know each other from the Great British Menu but this will be the first time the four of us have cooked together. I can’t wait to get in the kitchen with them – it’ll be great fun in aid of a fantastic cause, and the food will reflect our passion. I’ve been involved with Hospitality Action for some time and been fortunate to see the great support they provide to people who are struggling with something in their lives.” 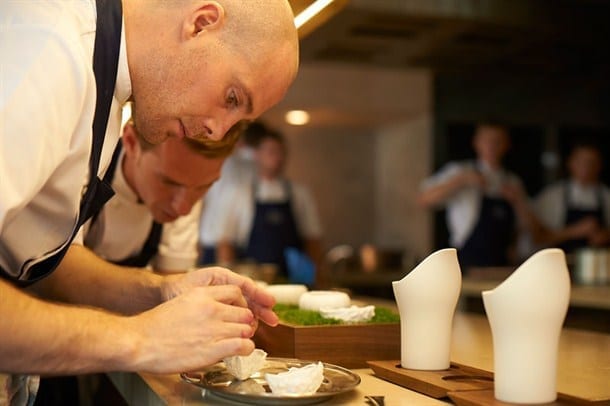 Two of Manchester House’s local suppliers have helped towards the event, with Wellocks providing ingredients and Boutinot sponsoring the wine.

David Walker, Chairman of Hospitality Action’s North West board, said: “We are hugely grateful to Aiden for using his contacts to pull together what promises to be an unforgettable event for food lovers. It’s not often you get the opportunity to sample a meal cooked by four separate winners of Michelin stars.”

Tom Aikens worked at a succession of Michelin starred restaurants before becoming the youngest British chef to maintain a 2* rating while Head Chef at Pied a Terre. In 2003 he launched Tom Aikens Restaurant in Chelsea, which has been followed by three UK branches of Tom’s Kitchen and another in Istanbul.

Daniel Clifford’s quest for culinary perfection has taken Midsummer House in Cambridge to another level in his 15 years at the helm. The restaurant won its first Michelin Star in 2002 and a second followed in 2005 – a standard which has been maintained since, along with the 4 AA Rosettes awarded in the same year.

Michael Wignall opened Michael Wignall at The Latymer in 2007 and quickly established it as one of the best restaurants in Surrey. Michael’s complex and carefully crafted cooking has earned the restaurant two Michelin Stars and five AA Rosettes.