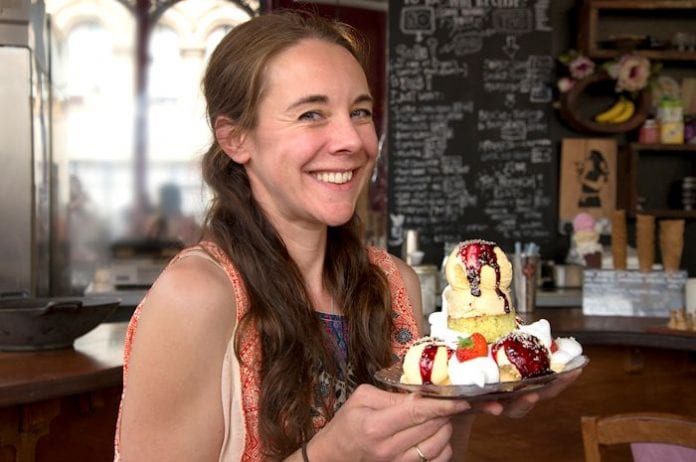 The third in Manchester Food and Drink Festival’s Hidden Banquet series is TV by MilkJam, a dinner for 75 people at the birthplace of independent TV in Manchester – Old Granada Studios.

MilkJam is a confectionery/gelato supergroup consisting of Claire Kelsey of Ginger’s Comfort Emporium fame, Charlotte ‘BakeOrama’ O’Toole and Nicki ‘Lush Brownies’ Griffiths. The trio are famed around the country for their breathtakingly delicious and experimental sweet treat creations and recently took up a year-long dessert and milk bar residency in the St James Building on Oxford Road.

The experimental dessert banquet will be a six-course feast consisting entirely of the kind of desserts that the three women are famous for. But thanks to the creative approach from each, the experience will provide a stunning dinner for any fully rounded palate.

The TV Dinner will be themed around TV and specifically the groundbreaking television that has come out of Granada Studios since it first broadcast in 1956.

It will take place in OGS works, a co-working space for creatives and entrepreneurs which was once home to the the Granada Canteen – a fitting location for this very special banquet being where the cast of Coronation Street and entertainment’s most famous faces used to dine. The area will be transformed for the evening to create the perfect TV Dinner.

Old Granada Studios is the site of Allied London’s new St. John’s neighbourhood for culture, enterprise and living, the first of its kind to place equal importance on arts, business and design as on bricks and mortar.

Expect an evening of fabulous food, music, TV and surprises, all of which will celebrate Manchester’s huge contribution to the world of the television! Guests are invited to come dressed as their favourite Granada TV character for the chance to win a prize.

There are 75 tickets for the banquet priced £55 including cocktails available at:

A donation from ticket sales will be made to Forever Manchester, The Community Foundation for Greater Manchester. 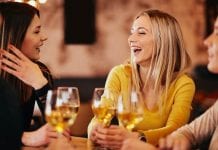