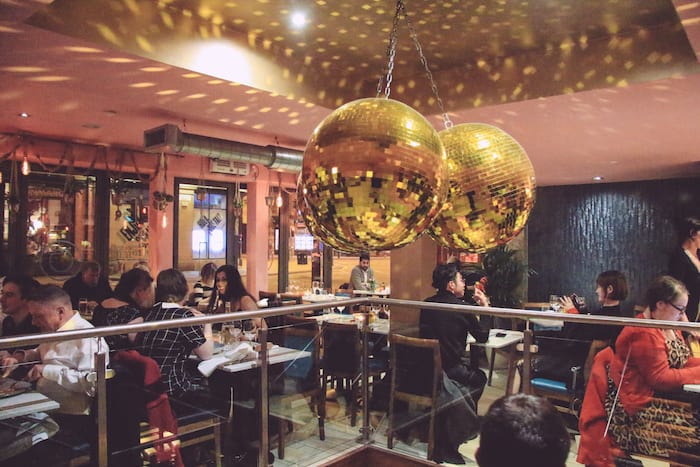 Cibo, the plush Neapolitan restaurant on Liverpool Road, is serving up a three-course menu of authentic Italian cuisine – and it’s all vegan.

The vegan menu has recently launched alongside the extensive a la carte menu.

Cibo is the younger sister site from the award-winning team behind Manchester’s oldest Italian restaurant Don Giovanni, and it certainly oozes a cosmopolitan charm.

On the menu are innovative dishes far from the standard pasta and sauce vegans are often saddled with. A solid selection of five starters gives an encouraging sign of their accommodating as well as inventive approach to cooking. 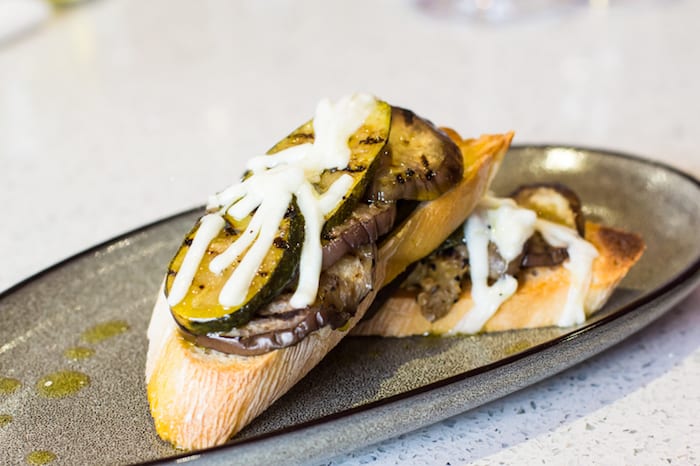 Starter options include bruschetta, one of my favourites, but rather than the usual tomato topping, Cibo have opted for an interesting courgette and vegan pesto combo, complete with dairy-free cheese.

The vegan alternatives used here – like the ‘cheese’ – are quality but, rather refreshingly, Cibo doesn’t overtly rely on ready-made substitutes. Throughout the menu, the natural ingredients are left to do the talking.

This was made clear in the salad my companion and I tried to begin – an interesting and colourful mix of avocado, carrots and oranges. The citrus zing made this simple combination surprisingly effective, with a wonderful crunch from some generously sprinkled walnuts. 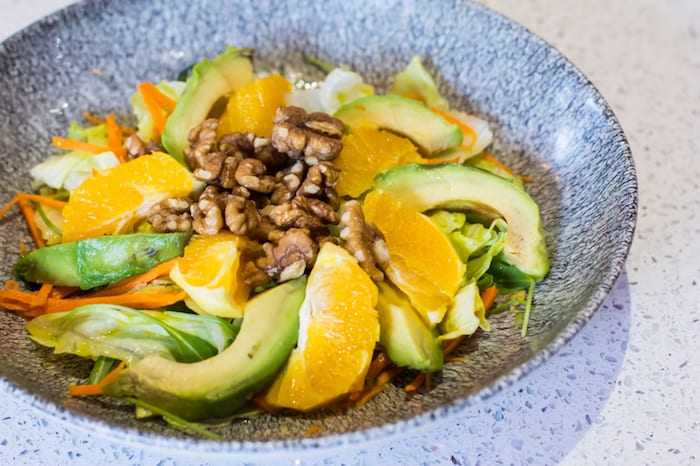 For bigger appetites, larger starters are also available, with the Caponata Piccante Con Melanzane particularly interesting. It’s a traditional Italian stew of aubergines and vegetables served with homemade bread, highlighting the authenticity of the food and attention to detail. There’s also a warming soup option, which is going to be a popular option as winter approaches.

Moving on to mains, there’s a choice of five options again  – and it’s good to see that there are pasta, risotto and gnocchi choices, rather than just one carbohydrate. We would have liked to see vegan pizza too as we’ve heard great things about Cibo’s proper pizzas. Hopefully they will make an appearance in the future. 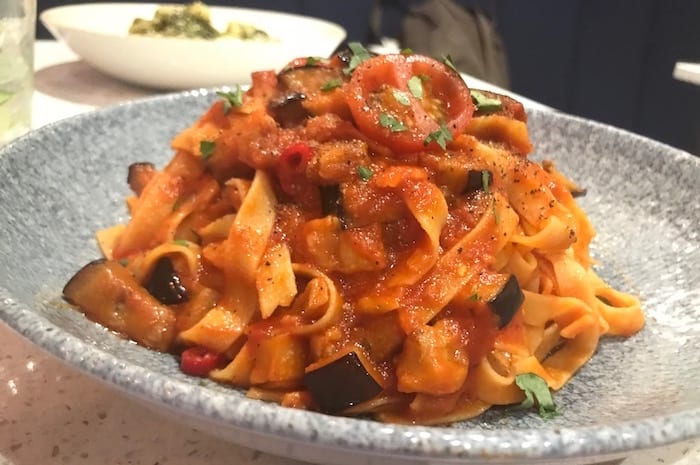 For mains I ordered the Pappardelle Melanzane, a winning combination of pappardelle pasta topped with cubed aubergines, cherry tomato and fresh chilli. Cibo certainly serve Italian portions with oomph. Good news if you like hearty mains.

Pasta fans can also tuck into a vegan lasagne and a fettuccine dish which features these pasta strips drizzled in a creamy lemon ‘butter’ sauce, topped with parsley and pine nuts. There are also two different vegan risottos available – butternut squash and mushroom.

My companion opted for the vegan gnocchi served in a basil pesto sauce – an Italian classic. It was nice to see vegan pesto across the menu, as this is an Italian ingredient often missed from vegan cuisine. The gnocchi was beautifully cooked and the sauce flavourful. 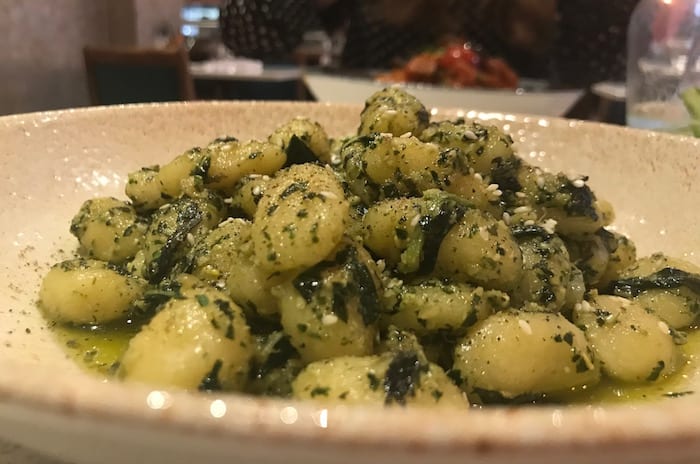 Don’t forget, Cibo serve an impressive array of drinks, too. I enjoyed a beautifully balanced Malfy Orange gin famously distilled by the Vergnano family in Italy whilst my companion opted for a classic Campari.

Vegans don’t lose out on dessert either. Three choices are available – and it isn’t the usual safe option of vegan ice cream. One option is a particularly indulgent-sounding approach to lemon sorbet, served in a strawberry balsamic reduction along with a hint of amaretto. Even more impressive, there’s vegan pannacotta, as well as a choice of sorbet. Sweet. Perhaps a chocolatey vegan option would have really sealed the deal.

Cibo certainly stands out with its variety of vegan-friendly and creative Italian dishes. And you don’t have to be vegan to enjoy them. Why not give it a try?

Read More »
September 26, 2020
PrevHave you read?Whatever happened to Gordon the Moron – the man who inspired a punk cult classic?
Next read...Manchester has the two best pizza restaurants in the UK according to TripAdvisorNext