Noel Gallagher’s huge homecoming gig at Heaton Park tonight is shaping up to be a special one – if he can fit all his Manc mates in that is!

Speaking exclusively to Clint Boon on XS Manchester this afternoon, Noel said he always get besieged by calls from his Manc pals whenever he returns to his home city for a gig.

“Home town gigs are special and stressful at the same time.  Mancunians have this habit, unique to them, they think that if they call you two hours before you go on stage that’s enough time for you to sort everything out for them.

“There will be about 100 people who call me between 6 and 8pm saying: ‘Alright mate we’re just on our way to Heaton Park. Any chance?  I’m like ‘hang on a minute I’m getting ready now’ and they’ll say: “There’s eight of us in a van. Come on mate, can you sort us out?”

The show for Noel and his High Flying Birds will mark a special anniversary back at Heaton Park.

He says: “Tonight is the ten year anniversary of when Oasis played there and the generators went down and it turned into a free gig…. Of course I’m looking forward to it.  Playing home town gigs is great.”

If you’re heading along to the gig tonight, you might want to get there early as there’s some rather special support acts before Noel takes to the stage.

The live show will start at 5pm with young band Inhaler fronted by Elijah Hewson, the son of U2 megastar Bono, no less.

Noel said: “U2 took me on tour last year so I thought I’d repay the favour by taking the young lad out.  Now this is going to blow your mind – they sound like U2 with a bit of early Echo and the Bunnymen.  As young bands go they’re as good as it gets.”

Doves, who reunited earlier this year and who Noel himself says he can’t wait to see, are due to play at 7.15pm.

Noel’s show comes as a curtain raiser to the Parklife Festival which takes place on Saturday and Sunday in what is a huge weekend of live music at Heaton Park.

Listen to the full exclusive interview with Noel Gallagher and Clint Boon on XS Manchester today from 4pm. 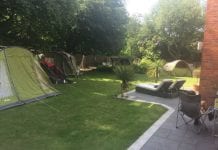 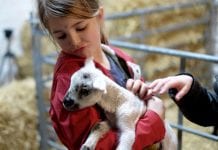 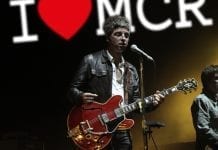