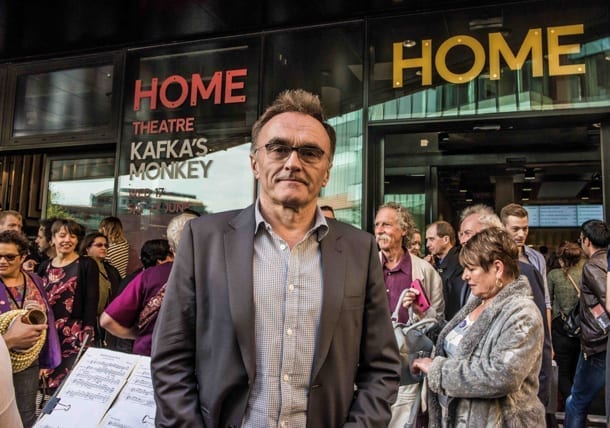 Crowds gathered outside of HOME for a Funfair Fanfare of music and performance from carnival arts troupe Juba de Leao, a welcome from Olympics opening ceremony supremo and HOME patron Danny Boyle and a climatic volley of percussive, smoking ‘mascletà’ pyrotechnics.

Juba de Leao and Los Galavantes continued to build the party atmosphere whilst the gallery doors were opened for the first preview of opening group exhibition The heart is deceitful above all things, and HOME celebrated the opening night of theatre production The Funfair.

Highlights of this weekend’s celebrations include: