No Phone Zone: This restaurant chain is banning mobiles for Mother’s Day

54% of people in the UK said that the constant checking of phones at the dinner table is the most likely cause of a dinner time argument. With Mother's Day fast approaching, Beefeater has answered all the prayers of Mums across the nation by launching the 'NO PHONE ZONE' in restaurants 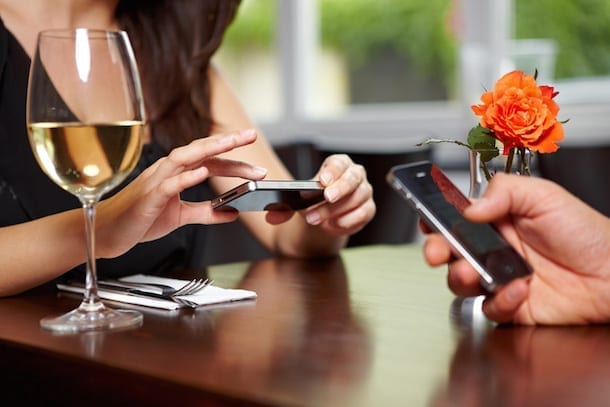 If your mum has ever told you to stop checking your phone while you’re at the dinner table, you’d better switch it off if you’re taking her out for a meal on Sunday.

And to make sure you do, Beefeater are introducing a new kind of dining segregation – a No Phone Zone.

Launched to coincide with Mother’s Day, the steak restaurant chain has taken the bold step of creating phone-free areas in response to research that outlines behaviour that can ruin family outings.

Because top of the list of family outing-ruiners was ‘constantly checking phones at the table’, which 54% listed as the single most likely occurrence to cause an argument.

As a result, Beefeater guests will be able to book a No Phone Zone table for Mother’s Day, and those in the zone will have to hand their mobile phones to staff as a ‘deposit’ when they arrive. Hawk-eyed staff will patrol the No Phone Zone for mobiles and have the right to move guests who do not comply with the new rule.

The No Phone Zone will be trialled across sites this weekend with a view to making the areas permanent if well received by diners. 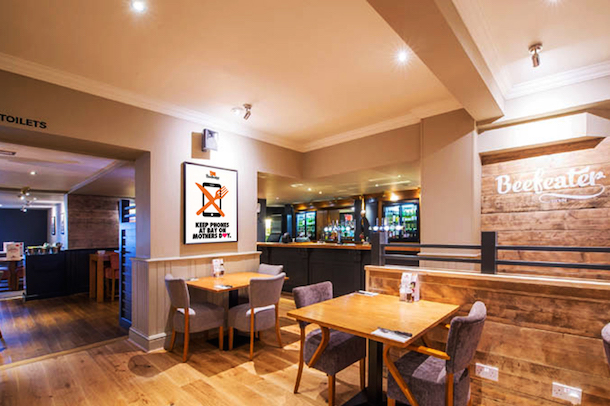 Sarah Tinsley, head of marketing for Beefeater said: “There’s no denying the huge benefits our smartphones provide us, but there is a time and a place for their use and, especially on Mother’s Day, we think we can do without them for an hour or two. Mums don’t ask much of us and rarely even let us spend any money on them – so the least we can do is give Mums our undivided attention.

“We hope this small adjustment to our setup enables a few more families to add some seasoned conversation to their meal.”

And just to be on the safe side, don’t forget to take your earplugs out. Because ‘family conversation’ is rated as the single most beneficial aspect of a good day out, with nearly two-thirds of respondents suggesting that just having a nice chat is the best bit of a family outing.

And make sure you dress up on Sunday, too. According to the research, the second most likely argument starter was a family member being underdressed or scruffy for the occasion.

Beefeater first fired up the grill in 1974 and now has over 140 restaurants nationwide.