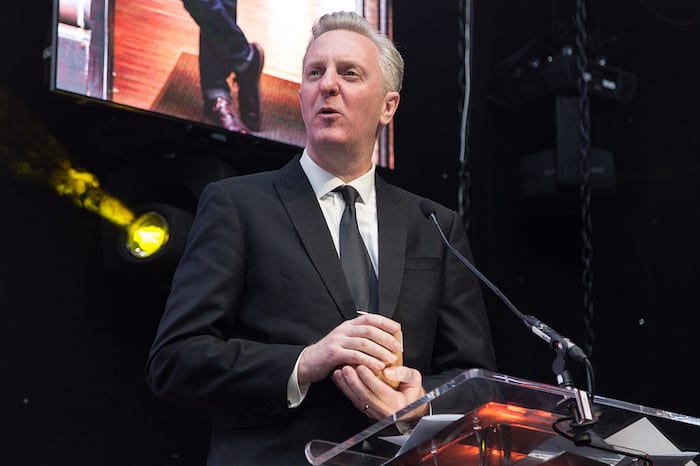 Celebrated Manchester poet Tony Walsh and a team of female composers have created a series of ten classical songs celebrating Manchester – and it’s set in the ‘people’s park’, Heaton Park.

Told through the eyes of the beloved park lions, These Days fuses music, poetry and drama, and will take audiences on a beautiful journey from sunrise to sunset. All future royalties from these songs will be gifted to local charity Forever Manchester.

The song cycle was performed for dignitaries in Heaton Hall on Sunday, and will see its public premiere at the Royal Northern College of Music on Wednesday 21st November. This collaboration is a first for Manchester, and the songs will be gifted to the community to be used in schools and community groups across the north west.

“Heaton Park is within a mile of my home and I have many great personal and family memories of special times in this beautiful green oasis,” said This Is The Place author Tony.

“It’s been fascinating for me to research the park’s importance in the lives of generations of Mancunians and the important role it played in WW1 and WW2 and across the decades.

“The park is the setting for a million stories and I’ve enjoyed telling a few of them in this important piece. To hear them brought to life by these amazing composers and performers is sure to be a powerful and memorable experience for us all.” 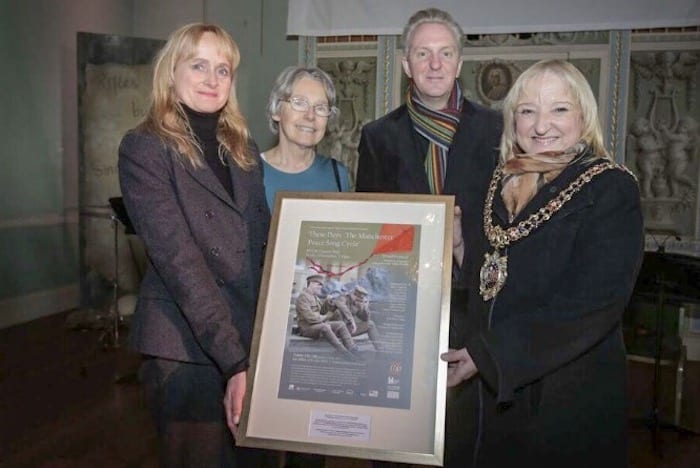 With libretto by Tony, These Days celebrates Heaton Park’s role in Manchester, from Suffragette rallies, Grimshaw’s joyous gramophone concerts as the first live DJ, and the First World War Manchester Pals Battalions, to the 1939 RAF base.

From Pope John Paul II’s visit to picnics, Oasis concerts and generations of photos beside the lions, it’s all about the park’s place at the heart of our community.

“Heaton Park has been a favourite destination for generations of Mancunians and is one of our city’s greatest green assets,” said Manchester City Council’s executive member for schools, culture and leisure, Councillor Luthfur Rahman.

“We look forward to hearing this very special combination of stirring music and lyrics, which will be a fitting tribute to a much-loved place with both a wonderful history and an exciting future ahead.” 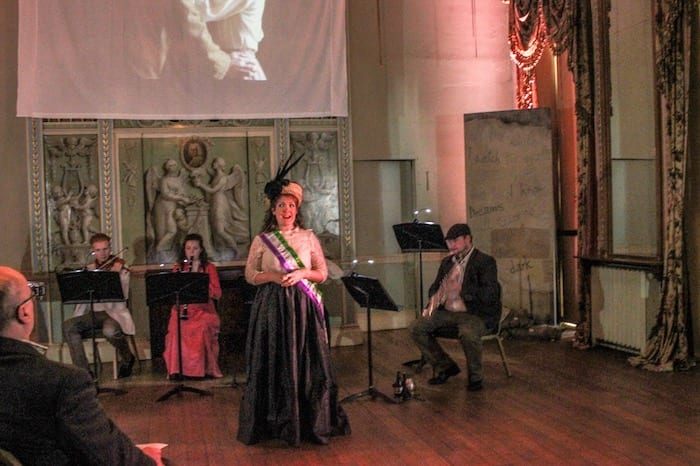 The music has been composed by a team of female composers in this centenary year for the feminist vote, all with Northern connections, whose combined experience covers over five decades.

“It has long been my wish to create something special for Manchester to commemorate the many untold stories of ordinary men and women who have sacrificed so much that we might enjoy peace in our lifetime,” said Caroline Clegg, founder of Feelgood Productions.

“Heaton Park is the faithful ‘people’s park’ and it has played such a pivotal role in so many major events in the last 100 years bringing people together to serve, to campaign and to enjoy family life.

“It has been a pleasure to work with Tony Walsh, the composers and performers to capture the heartbeat of those memories and to create something that I hope will be sung in schools and community groups across the region for many years to come”.

These Days will receive its public world premiere on Wednesday 21st November from 7.45pm at the Royal Northern College of Music. Tickets are £15 or £8 concessions.