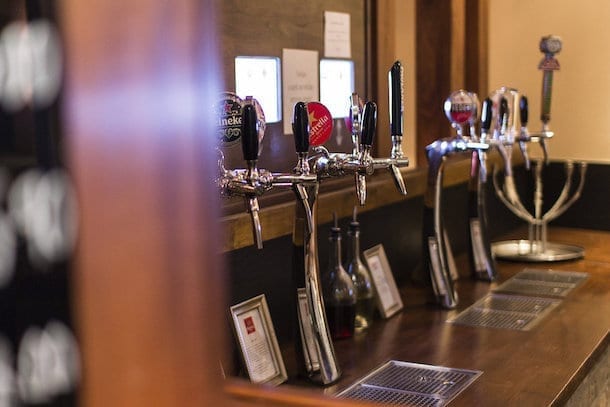 Taps Bar and Restaurant, the Great Northern venue where you take your pick from a selection of fifteen beers, lagers and ciders at the beer wall and serve yourself- has announced that it will be closing at the end of the month.

It opened in 2008 and was acquired last year by Chris Payne’s VCP Taverns as ‘a project that needed working on.’ But after a tough year, it has decided that Taps is ‘no longer a viable business.’

But it’s not all bad news. VCP Taverns, which also runs Epernay champagne bar, will be opening a new bar, No. 1 Watson Street, in October which corporate events and marketing manager Carla McMaster told us will be “a really relaxed venue, with a Scandinavian, colourful theme.

“We love beer and we want to become the venue that everybody goes to for good beer. We currently have 12 products to go on draught and approximately 60 by the bottle. We will also have a food offering for both lunch and dinner.

“As well as great cocktails and delicious wine, it will be a really communal space where we hope the people of Manchester will choose to meet, relax and while away their days and nights.”

We wish them well and look forward to visiting the new venue. In the meantime, the last time you will be able to pay a visit to the great wall of beer and pour your own will be Sunday, August 30th.