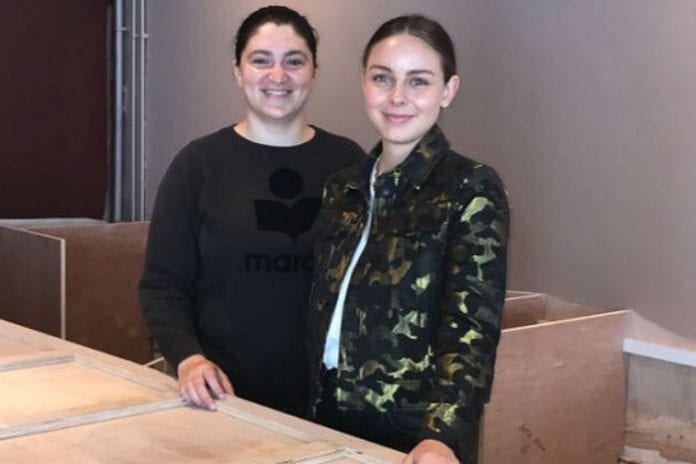 She’s worked in some of the top kitchens in the UK and abroad, but now young Manchester chef Danielle Heron is heading home to launch new kitchen and bar OSMA in Prestwich.

The 28-year-old, who grew up in Whitefield and studied professional cookery at Manchester College, finessed her skills at the double Michelin-starred L’Enclume in the Lake District, before moving to highly-respected Oslo restaurant Maaemo, holder of three Michelin stars.

Danielle then moved on to the forward-thinking Kolonihagen Frogner establishment, also in the Norwegian capital, where she met OSMA’s co-owner Sofie Stoermann-Naess.

OSMA, which is due to open in September, will serve a relaxed, healthy lunchtime menu of open Scandinavian sandwiches and hearty salads alongside fresh juices and great coffee.

Four nights a week, they say OSMA will also operate as a ‘food-bar’ serving small sharing plates with a frequently-changing menu, accompanied by funky wines and creative cocktails.

“OSMA will use ingredients from local British farms and producers, showcasing their products in their purest form by letting each ingredient speak for itself,” say Danielle and Sofie.

“Seasonality will naturally be a big part of how we design our menus and will influence the interior of the space.

“Our goal is to provide healthy, creative, tasty food with influences from around the world, building on the experiences we have gained over the years working and travelling.

“It’s great to be back home and see the buzz about the neighbourhood, which features plenty of independent restaurants. We are excited about getting going and serving the community some great food in a friendly, relaxed environment.

“OSMA has been designed to attract every walk of life and offer something for everyone. You can dine at a window table, in booth seating or sit at the bar to watch the chefs working.

“We also have a large communal table with power points, perfect for a fast working lunch, as a social meeting table for cocktails or for larger groups out to celebrate.”