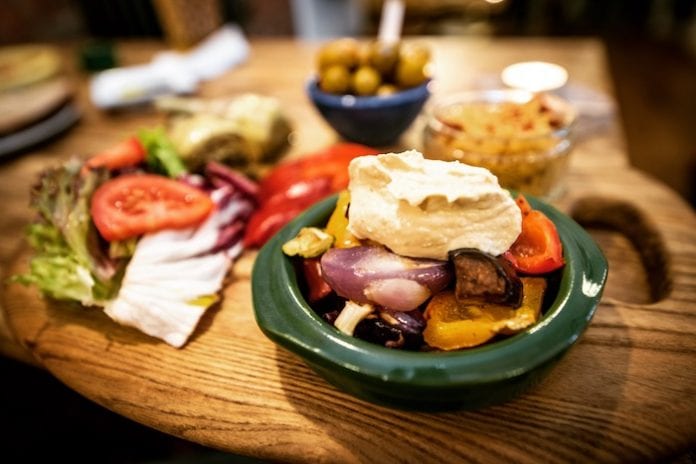 Newly opened La Boca is a small Spanish cafe bar and charcuteria tucked away on Turner Street with a menu specialising in Iberico Bellota cured meats, cheeses and simple slowed cooked dishes to eat in or take out.

For co-owner Donna Robinson, it’s been something she’s wanted to do since she studied hospitality at Manchester Met some years ago.

“I love everything about Spain: the culture, the climate, the produce – and more than anything I love the very casual way the Spanish share food,” says Donna. “It’s a very relaxed social way of eating and this is what we really want to emulate at La Boca.

“When I met James via a mutual friend, we talked for hours about Spain and the area of Nerja where his father and bothers live. We started to discuss ideas and dreams – there was some gin involved – and over the course of about a year through this shared passion for jamon and charcuterie, our dream became a reality.

“I convinced James to quit his job and we started searching for the perfect venue to open our charcuteria.” 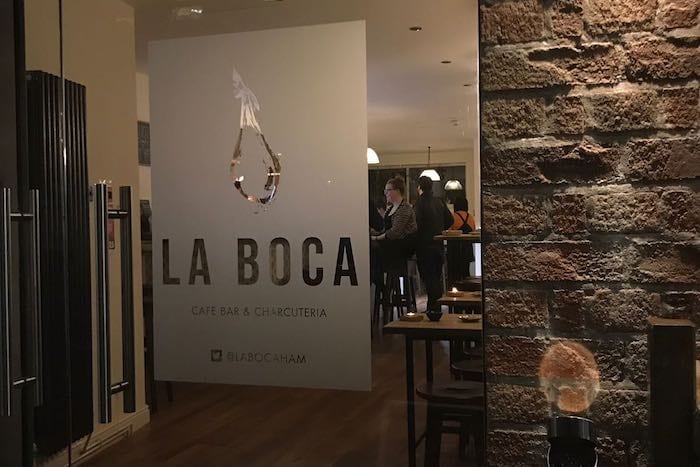 It has taken the pair two years to find the perfect location for their dream restaurant – and they only ever wanted to open it in the Northern Quarter.

“I first started coming into this area on the bus aged 12,” says Donna. “It was quiet back then, derelict with just a few record shops. But even then it had an edgy feel with a strong sense of our industrial past.

“We love the community vibe of the NQ, the independent shops, craft beer bars, and great music venues. We like the way the NQ has a close-knit neighbourhood as we really wanted a place where we could serve the local community with good produce to take home as well as offer a cool space to socialise.”

Spain has always been close to their hearts. James’s family moved there when he was a child, and they have both travelled extensively around the south. But they have also been inspired by other regions of Spain.

“I recently explored the Picos de Europe and I just fell in love with the landscape, the farmland, the local produce – especially the cheese,” says Donna.

“I am also fascinated by pintxos typical of the basque region, they really are art on a plate – the creative way that you can build them with lots of vibrant, contrasting colours and textures is just like art to me.” 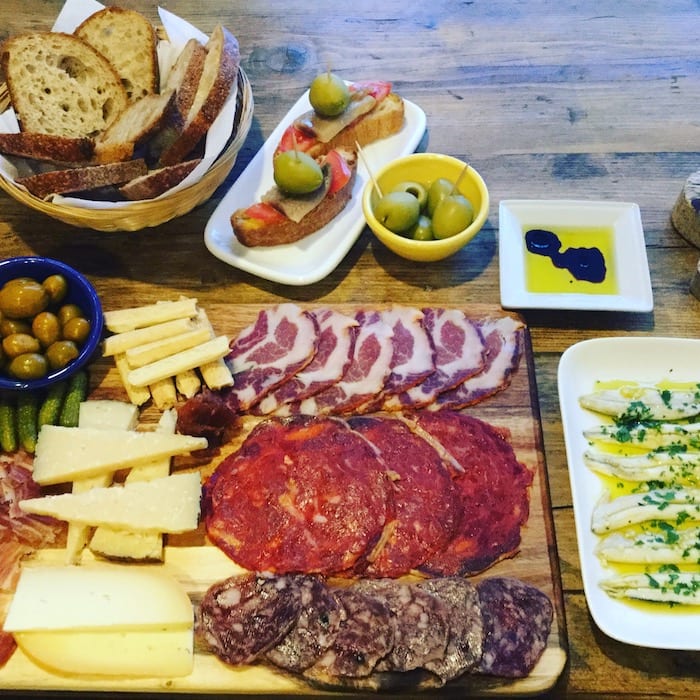 “San Thelmo in Buenos Aires particularly inspired me – it’s very similar to our NQ with quirky vintage shops, cafe bars and craft beer houses,” says Donna. “I had the best charcuterie there. And of course the area of La Boca – hence the name.

“Everyone should have the opportunity to visit La Boca and look at the art as well as the food. I was hugely influenced by a tiny little cafe-bar in Barcalonetta who are part of slow-cooking movement.

“I tucked into chickpea, morcilla and spinach there, and peeking into the tiny hatch I could see an old couple cooking over a stove. I guess in my head I may have been imagining myself with James growing old cooking together – only joking! But the dish was so comforting on a January afternoon. 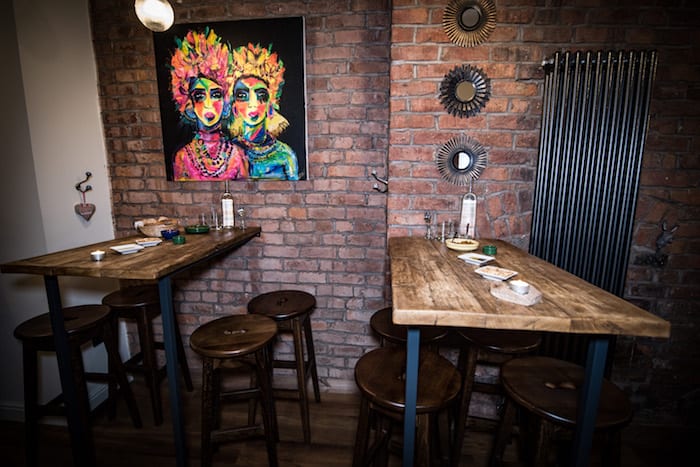 “My favourite dish is not actually on the menu each day but it’s a regular special – the Iberico pig cheeks, slowed cooked in Pedro Ximenez for 12 hours,” she says.

“It’s comfort food during the long, dark Manchester winter. They should be on the specials board every weekend until they run out – and once they’re gone, they’re gone until the following week.”

La Boca imports a lot of produce from small artisan producers of cheese and charcuterie from Austurias and across Andalucia – but Donna and James are equally keen to showcase local Manchester producers.

“Where possible we use local producers, as this is the very essence of what Spain does so well,” says Donna.

“So we work with Ancoats Coffee who roast just around the corner in Ancoats. We partner with BlackJack, Runaway, Pomona and Shindigger breweries for our craft beers, and our bread is from Trove. We have Manchester Three Rivers as our house gin, too.”

La Boca is the best of Spain – and Manchester. It feels like being on holiday, but without the expensive flights. We call that a win.