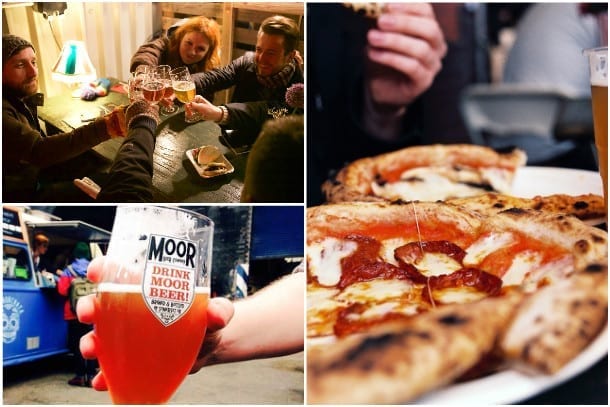 All the action will take place at Runaway Brewery in the Green Quarter – a stone’s throw from the Marble Arch pub, Victoria Station and the newly opened Exchange Square tram stop.

The event will bring together the high quality range of independent street food traders who are a key part of GRUB events together with the freshest ales associated with the growing popularity of Manchester brew taps.

As you might expect, Runaway will be supplying the beer fresh from the tanks, including firm Manchester favourites their IPA and Pale Ale, together with a number of specials. On top of the beer offering there will also be a second bar serving up great wine, spirits, ciders and soft drinks.

“It’s a fantastic feeling to finally have a space where we can grow an event month after month,” said GRUB director,Jason Bailey. “Not only that, but we’re stoked to be working with one of Manchester’s best brewers. We believe this has the potenial to be great for Manchester’s food and drink scene but more importantly add another exciting element to this growing community in Angel Meadow and The Green Quarter.”