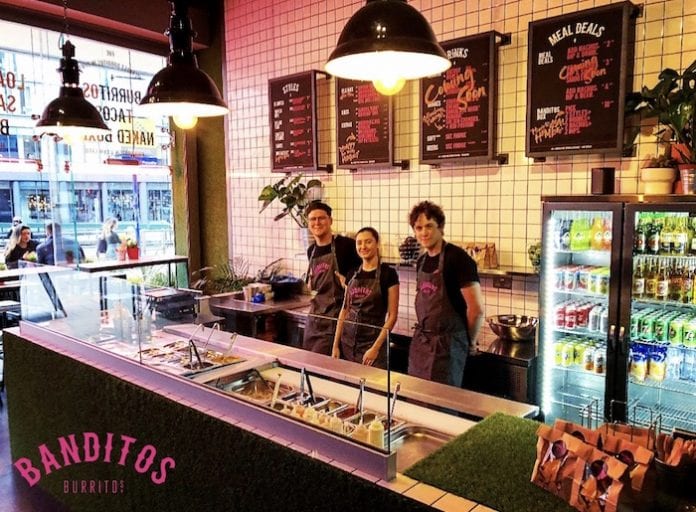 The foodie regeneration of Piccadilly Station approach continues with the launch of Banditos burrito bar this week.

And the owners of the Mexican restaurant are celebrating the launch by giving away 2,500 burritos during October.

Banditos is owned by husband and wife team Mark and Rachel Foster (Mark is one half of Manchester DJ phenomenon Solardo), along with Nick Parr – the man behind popular Northern Quarter bar Behind Closed Doors. 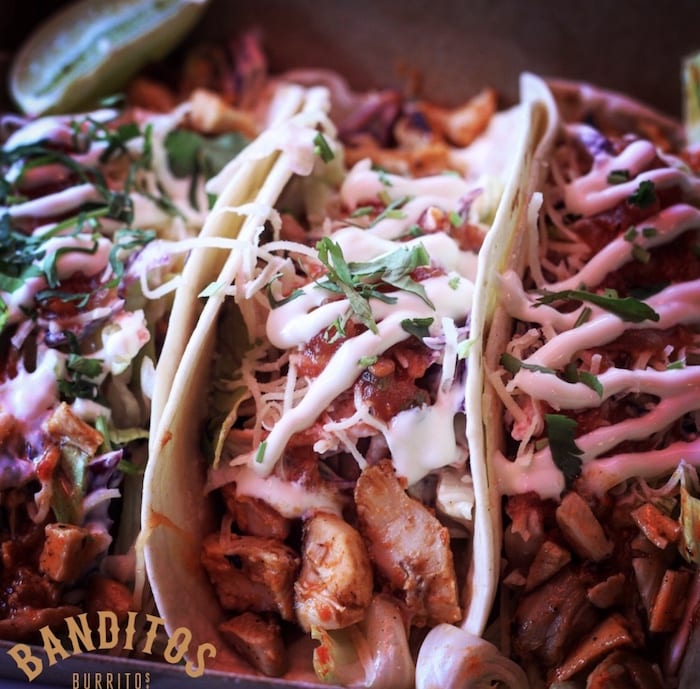 As well as burritos (which will include guacamole as standard), Banditos will be serving up tacos, nachos, salad boxes, naked burritos – all with low carb/high protein, veggie and vegan BBQ jackfruit options.

They will also be serving up a Mexican spin on breakfast, with all food cooked on site.

Drinks include smoothies and shakes or, if you prefer, a beer as Banditos also has an alcohol license. 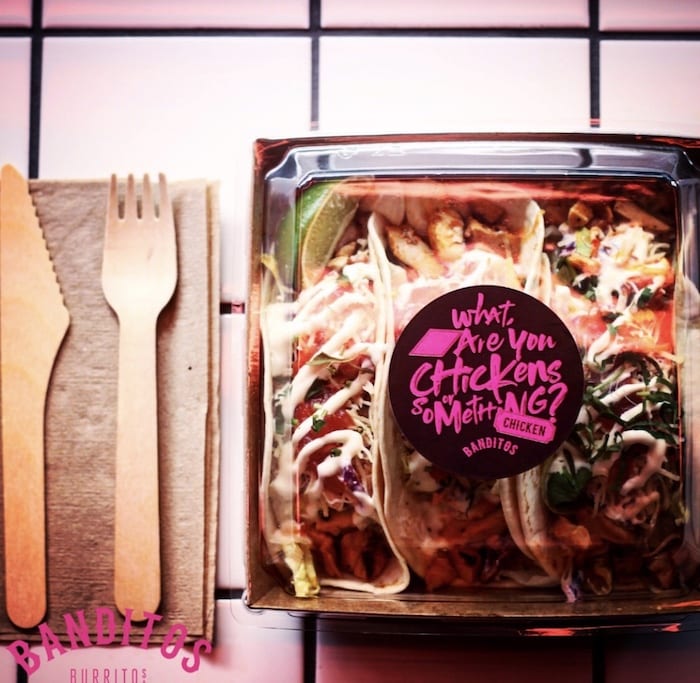 Co-Owner Rachel said: “Our mission is to bring fresh, indulgent, tasty Mexican food that can be served at fast pace for diners, whether you’re eating in, taking away or getting delivered to your home.”

To mark the opening, Banditos’ bosses are giving away 2,500 free burritos in their first month – which will be via a mixture of workplace drops around the city centre, and a number of flash giveaways announced on social media on a first come, first served basis. 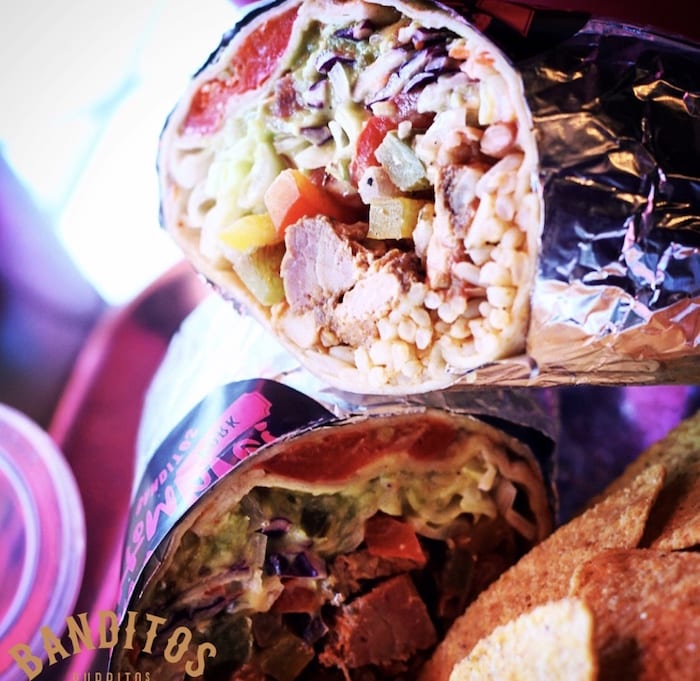 Diners can either eat in or takeaway and there’s also an outdoor seating area to watch all the commuters dashing up to the train station.

Banditos will be open from 7am-9pm Monday to Friday, 9am-9pm Saturday and from 9am-4pm on Sunday 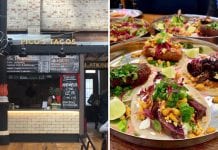 Are these the best tacos in Manchester? Why Pico’s Tacos at Mackie Mayor is a must