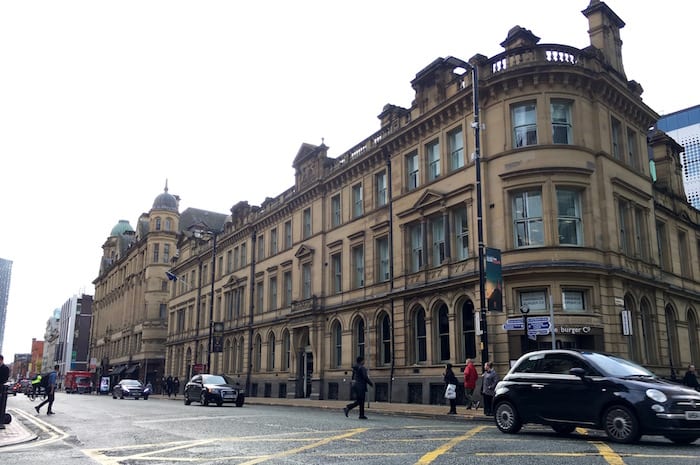 Manchester is about to get another new barbershop. Yes, another one. But this one, due to open on Deansgate next month, will have something a little bit special going on.

It will be run by Bolton barber Scott Patel who made national headlines in 2015 when he introduced a “barbercam” into his shop on Winter Hey Lane, allowing customers to check how busy he was before heading down for a chop.

No stranger to innovation, he’s now teamed up with business partners Dean Mac and Alan Crowshaw on new venture One Eight Six, which will see the trio install an adjacent secret bar and music venue inside the city’s late Victorian County Courthouse building.

It will neighbour top steak restaurant Hawksmoor, spanning the ground floor and the basement which was once used to hold prisoners before going to trial. Some original features, such as an old heavy prison door, have been retained.

Gents will be able to get a cut or a trim, opt for a shave or even a luxury treatment at the barbershop from 7am to 8pm every day. Downstairs, those in the know will also be able to access the hidden bar through a two-way mirrored door. 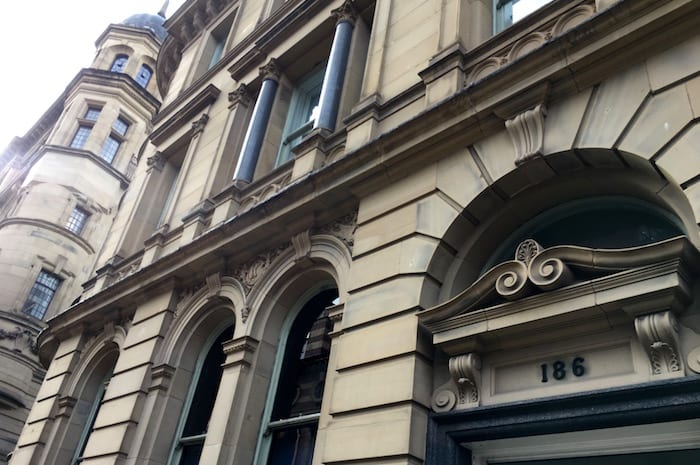 “We’re not a speakeasy, we’re not going to pull a book from a bookshelf and it magically appears,” says soul singer and business partner Dean Mac, whom Scott describes as ‘the star of the show’.

“It’s the hint of a secret bar, it’s the hint of being in the know, but when you come to get your haircut, if you’ve got to wait half an hour, the barber will say to you ‘come with me, I’ll sit you downstairs’ and give you a free coffee or a free bottle of beer, so you’ll sit down here. It might be quiet, it might be the middle of the afternoon, ‘oh my god I did not know this was here’ and then we hope it will spread by word of mouth.”

It all started two and a half years ago with Alan sat in Scott’s chair getting his hair trimmed. As they got to chatting, Scott revealed he had always wanted to have a barbershop and a secret bar in the centre of Manchester.

From there, Scott tells us, he mentioned the idea to another customer, Dan Purnell, who was involved with Neighbourhood and Tattu. It was through him that they stumbled upon the space, a real historic gem dating back to 1896.

The three partners are now busy transforming the space into a glitzy cabaret-style nightclub, with deep booth seating, a mix of high and low tables, and a long bar flanking the back wall. This will serve beers, fizz and mixers they tell us, plus a range of bespoke cocktails tailored to fit each barber’s own unique personality.

To the front, a huge raised stage will host live music acts throughout the week and conceal an expansive green room, due to be fitted out with a full PA so that acts can sound check in comfort before performing.

“Every night of the week there’s going to be something different going on,” says Dean, who will be directing the music side of things.

Due to open in November, One Eight Six will be all about the party – with dancing on the tables very much encouraged.

But for anyone who can’t wait that long, a sneak peek of what is to come will be available at this weekend’s Cocktails in the City festival, where One Eight Six will have barbering, cocktails and live music – and even a hidden door.