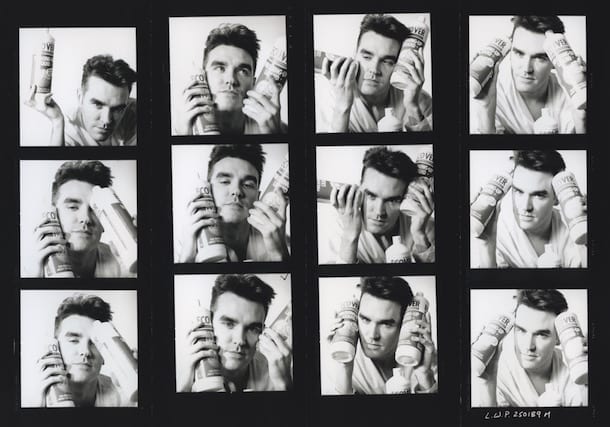 Lawrence Watson is a British photographer who worked at the NME through the 1980s and 1990s and documented the rise of many famous Manchester and Salford Bands including The Smiths, Oasis, Ian Brown, New Order and Noel Gallagher’s High Flying Birds.

A new exhibition of his work at Future Artists’ kickstarter-funded venue on Chapel Street. focuses on the culture of Manchester in the 80s and 90s and the foundations that lead to the city becoming a hotbed of the British music scene.

After leaving school aged 16, Lawrence took an apprenticeship in a dark room in the East End of London from which he graduated to London Weekend Television. Soon he joined the NME as a staff photographer where he documented top tiered talent such as Pulp, Pet Shop Boys, Grace Jones, and Orbital.

In the early 80s, he was commissioned to document the emerging hip hop scene in New York where he took portraits of legendary artists such as Run DMC and Public Enemy. He is currently commissioned as Noel Gallagher’s photographer for the High Flying Birds.

The first exhibition will take place across two floors of the Chapel Street venue and will feature never before seen photographs, 2,000sqft of musical archive, audio clips, films and interviews, and even a 1980s teenager’s bedroom for the full nostalgic experience.

Tickets to the launch party on June 9 from 6.30pm till 9m are free (max 2 per person) www.fatsoma.com/future-artists-studios