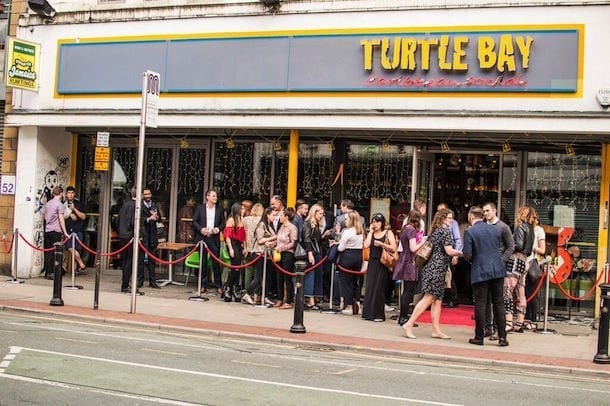 Turtle Bay brings culinary, Caribbean crowd pleasers to Oldham Street- with a cheeky bit of rum and reggae thrown in for good measure.

‘…matching the spirit of the
quirky neighbourhood’

The bar and restaurant opened its doors for a VIP launch last night before officially opening to the public today.

Guests of the event were treated to quirky takes on Caribbean staples with canapés including lime marinated salmon, jerk-spiced pork and sweetcorn fritters washed down with refreshing and zingy mojitos and caipirinhas-transporting you to the tropics.

Owners have heaped a staggering £1m on the Northern Quarter venue, taking up residence in a former vintage clothes shop and transforming it into a vibrant bar and restaurant- bringing a bit of much needed sunshine to this unloved part of the area.

The funky interior features a veranda area styled like a vivid carnival float, a shack-style kitchen and lighting strung from the ceiling- sparkling on even the gloomiest of nights. 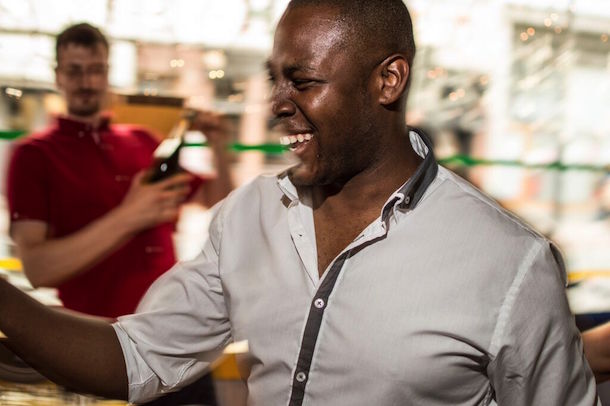 The cocktail bar, rigged out with banana boxes could prove a popular haunt for rum aficionados, offering a staggering 40 types of rum.

This latest site is the chains 17th in the country and its 2nd in Manchester after the success of their Oxford Road branch which opened last year. Turtle Bay certainly isn’t a new kid on the block.

Although it has sites around the country, bosses were keen to make sure the new venue fit had an independent and eccentric look matching the spirit of the quirky neighbourhood it is at the heart of. 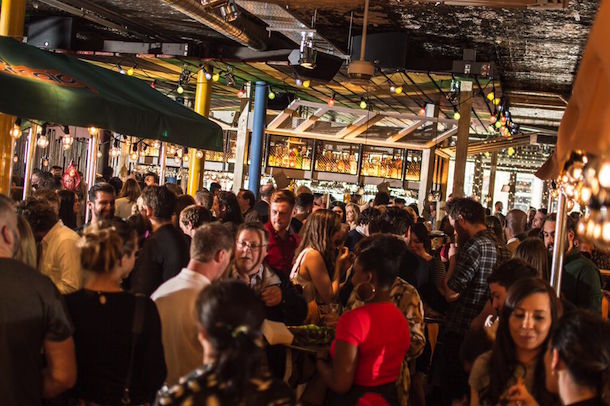 Local artist Tasha Whittle created colourful murals for the interior and they kept the graffiti tribute to Manchester music and comedy legend Frank Sidebottom that was stencilled outside the former shop.

Turtle Bay will certainly bring a bit of carnival spirit to the Oxford Street area, which is staging a foodie revival in the next few months, with San Carlo opening their 5th Manchester restaurant Fumo in October just down the road in the new St Peters Square building.