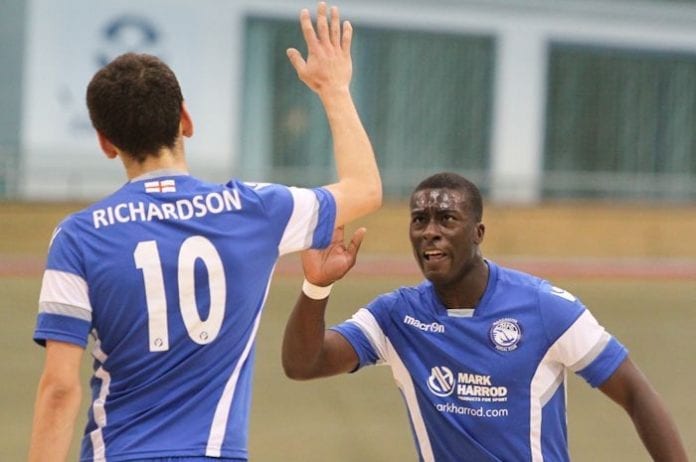 Manchester is one of the most famous footballing cities in the world, with United and City two formidable forces in the sport.

But in this football hotbed, there’s a club which plays a different version of the beautiful game – and they’re making a bit of a name for themselves too.

Manchester Futsal Club was founded in 2006 with a desire to pioneer the development of futsal throughout Manchester and to take the club to the highest level of the game.

Since then, they’ve won the FA National Futsal League North three times and the FA Futsal Cup in 2011/12. They have also developed a youth programme for boys aged 6-16, and a Women’s Futsal team.

But what is futsal?

Futsal is a 5-a-side variant of football, played with a smaller ball on a smaller, indoor court, with more touches per player, more shots, and more goals. What’s not to love?

It’s known for being fast-paced, with an emphasis on improvisation, technique and creativity. It originated in South America in the 1930s, but its footprint has slowly spread to other parts of the globe.

It’s now a professional sport in many European and South American countries. And it’s growing.

It’s been around in this country for around 15 years. Manchester Futsal Club was formed when chairman Simon Wright met the club’s co-founder, Ilya, whilst working part-time in a Didsbury pizza shop.

“He used to play futsal as a kid in Russia, which started our conversation,” says Simon. “I found out more about what futsal was, and it sounded great. We then set about getting a team set up, mainly as a social thing.”

Simon and Ilya started advertising around Manchester’s universities, hoping to attract international students who had played futsal before, and sure enough they got plenty of interest.

It gradually moved from a social get-together to an obsession for those involved.

“This is a fast, exciting, exhilarating sport. Because it’s small-sided and faster, it’s all about pace, skill, relentless end-to-end attacking, counter-attacking and individual flair.

“That’s what gets people off their seats. Games are always high scoring and players get more contact time with the ball.

“This format of the game is so aligned to the digital age we’re in – highlights, goals, skill, technique. That’s why there’s now a great opportunity, particularly with current youth culture, to encourage young people to pick it up.”

And despite futsal not having the profile that mainstream football enjoys, the game was the starting point for a lot of the world’s top footballers.

“Look at Messi, Neymar, Ronaldo, Pele. Their development game was futsal. That’s always a reference point as it attracts the attention of the football world.

“But now, futsal as a sport and community has to create its own icons. There is, of course, Fãlcao, a Brazilian player. He’s seen as the Pele of futsal, a massive icon and ambassador. But there are many more out there. Truly brilliant players like Ricardinho.

“Generally though, in terms of media gaze, the spotlight and attention isn’t necessarily on futsal. And I guess that’s where we find ourselves in Manchester, but as a club and a sport we want to change that.

“We’ve got a great mix of local and international players, and since forming we’ve produced seven England futsal internationals, guys that have worn the England shirt and travelled the world competing in FIFA and UEFA Futsal competitions.

“But the challenge we’ve got is that we’re probably in the biggest football city in the world and need to try and shout about futsal, get attention, and bring investment.

“We have no allegiance to City or United. But we are a sister sport in many ways. 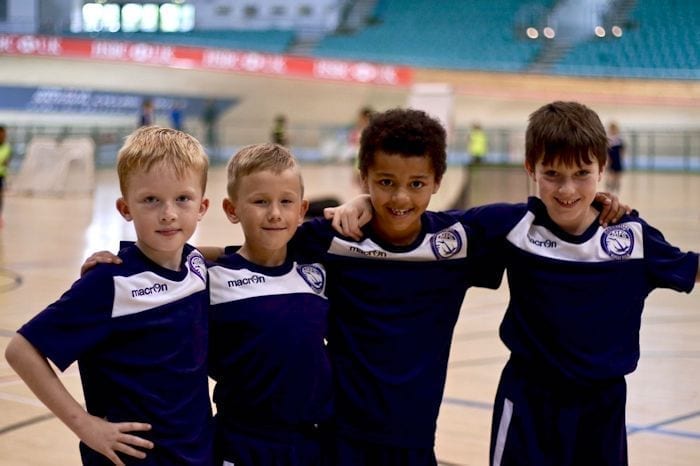 “In Europe, some football clubs are attached to futsal clubs. Barcelona is always the quoted example. They have a very successful futsal club. Sporting Lisbon and Benfica do too.

“It’s a really interesting landscape now. You’ve got football and futsal co-existing. In England there’s such a dominant, passionate football culture, but we’re trying to create a futsal culture too. We feel we are certainly influencing that now in Manchester.”

The club may have no allegiance to either of Manchester’s football teams, but they certainly have an allegiance to the city itself.

“We’re representing Manchester. Every week there’s a lot of pride, and we’re now trying to instil throughout the club that his is about representing the city.

“This year the National League goes to a Super League. We’re going to be travelling and hosting teams from all over the country. That will be both a spectacle for people to watch, and a proud moment for the players to represent Manchester. Can we make Manchester even more of a home of futsal than it already is?”

Wright stresses that futsal isn’t a gimmick, has a lot of credibility, and can give real confidence to players. For some, it’s a preferable option to football.

“If futsal can give confidence back to players, that’s great. If we can now develop futsal players that want to go on to represent Manchester and see futsal as a format of the game that they might prefer to 11-a-side, that’s great too. It’s another pathway.”

Someone who did prefer this route is current club captain and top goalscorer Sam Richardson. He got involved at the very beginning when it was just a social group, and is now giving something back by coaching the u21s and u16s alongside playing.

“When I was younger, I remember reading about Brazilian futsal, watching clips of their teams from the ‘70s and ‘90s. 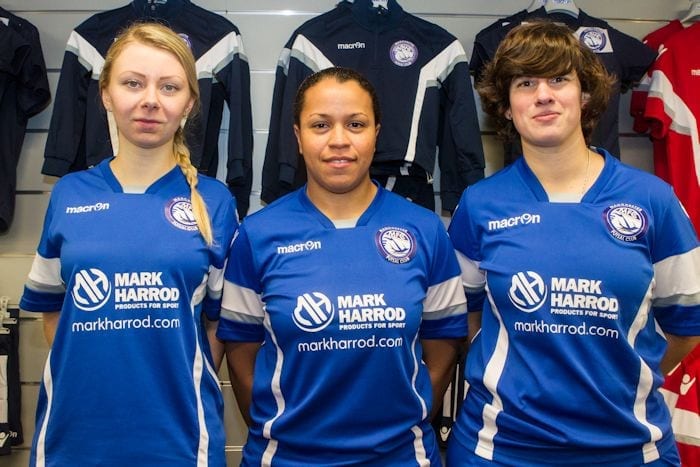 “This rang a bell when I saw the poster at Manchester Uni in 2006, so I got involved myself.

“I always preferred small-sided football anyway. When I was 14 I didn’t really enjoy 11-a-side. Winter leagues were just about who was the biggest kid. It didn’t really feel like football.

“I was quite small until I was 17, so I wasn’t great physically, but was a lot more skilful and good on the ball. Alongside focusing on 5-a-side, I also got into playing basketball while I was at college and feel there are actually a lot of transferable elements from that too, particularly off the ball and defensively.

“As much as 11-a-side at uni was less focussed on physicality, I still preferred futsal once I started playing that as well.”

More recently the club has started to get a lot of players aged 14-19 coming through, so Sam started to take up coaching responsibilities alongside playing:

“All these young players had come from football. They needed to be taught the game, the differences, how to play futsal. I’m really enjoying the coaching.

“I think once kids start playing futsal, they see it as its own game and often prefer it, simply because they’re more involved.

“It makes sense, though, because when you play when you’re younger, what everyone falls in love with is small-sided, jumpers-for-goalposts football anyway.

“Once I got into futsal, that took over as my main sport, with football just as a side. As soon as the National League started, there were no questions as to which I would choose.”