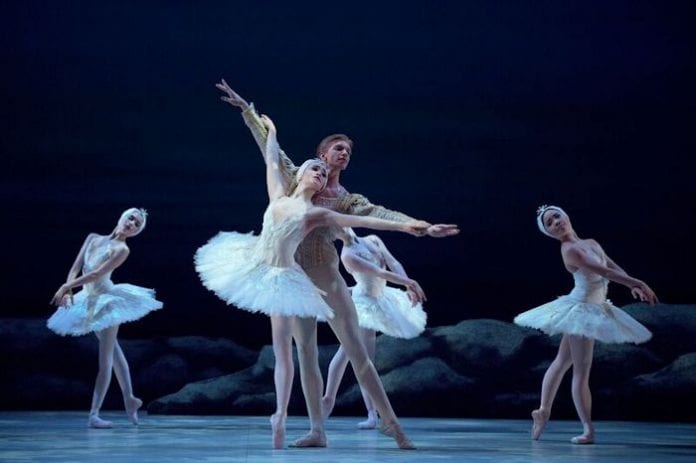 Ballet, like opera, is often perceived to be an elitist art form – and certainly not something for three-year-old children.

The English National Ballet began to notice this and wanted to make a change to how accessible ballet can be and in 2012 started a series of ballet productions that would change the perception of British ballet forever.

The My First Ballet series has brought the likes of Cinderella, Coppélia and Sleeping Beauty to theatres across the nation and successfully adapted them for a child-friendly audience. My First Ballet: Swan Lake is the latest in the series.

The English National Ballet brought the show to Manchester’s Opera House for five performances with one aim – to make ballet more accessible to the children of Manchester.

My First Ballet: Swan Lake tells the story of Swan Lake with some adaptations to keep the children happy and entertained.

The show, trimmed to a mere one hour, begins with an introduction by Louise Calf, whose theatre credits include The Railway Children and Blithe Spirit. She tells everyone to get comfortable and begins to tell the story of one of her grand family members, Odile, and her discovery of the importance of friendship.

For those unaware of the story of Swan Lake, Odile is the close friend of Odette (who one young audience member called ‘the swan lady’) and the young sister of the evil Rothbart who turns Odette into a swan. Unlike past productions, English National Ballet choreographer Antonio Castilla chose to focus on Odile in the ballet.

The role of the narrator is key in the production. Although the dance speaks for itself, the poignant focus on friendship and honesty would be hard to grasp by a young audience member if it wasn’t for Louise Calf’s script.

As the ballet begins, Louise Calf moves to the side of the stage and allows the magic to  happen. Audience members see the future of ballet perform in front of them, with sharp and well rehearsed moves and delightful costumes that any child in the audience would be begging for their guardians to buy for them.

Whilst the focus is on Odile, Odette’s story is also well imagined on stage as the first act focuses on her falling in love with Prince Siegfried and trying to escape from the spell that Rothbart has put her under. 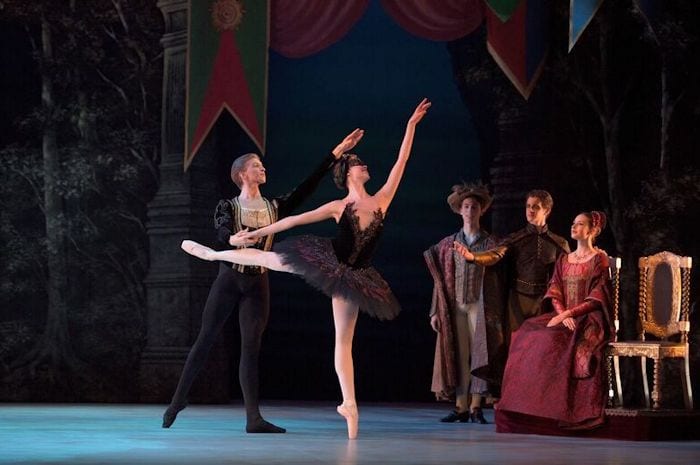 The dancers clearly inspire the audience, old and young, with their close attention to detail and how they make dancing seem such an engaging way of telling a story without the need for spoken words.

Prince Siegfried’s dramatic performance of trying to rescue Odette from Rothbart’s spell brings the first act to an end, allowing the audience to take a break, grab a brew and get stuck into that interval ice cream.

During the interval, it’s clear the impact that the show has already had on the young children, with many of them deciding to practice their pirouettes in the theatre aisles.

It isn’t just the production that makes ballet so accessible to children. The efforts that the English National Ballet go to to include every audience member even stretch to the programme. Unlike your typical programme, My First Ballet: Swan Lake includes a ‘day in the life of a ENB dancer’, games, and the story of Swan Lake in symbols targeted at audience members with learning difficulties.

Act 2 continues the story where we find out that Rothbart has tricked Odile into dressing like a swan so that Prince Siegfried will believe that she is Odette, whilst Odette is trapped outside the castle walls, unable to tell Siegfried the truth.

The audience is captivated by the art of the ballet as they watch Odile and Prince Siegfried dance together. Eventually, Odile realises that Rothbart has tricked everybody and she has to decide whether to live a lie as a princess or tell Prince Siegfried the truth.

“Children are truly honest which means they can be one of the toughest audiences!” according to choreographer Antonio Castilla. Seven-year-old Jackson Harrison-Draper said that he “really liked” the ballet and that “it was a lot more fun than what [he] thought it would be”. A truly honest opinion.

My First Ballet: Swan Lake is at The Opera House on April 29.