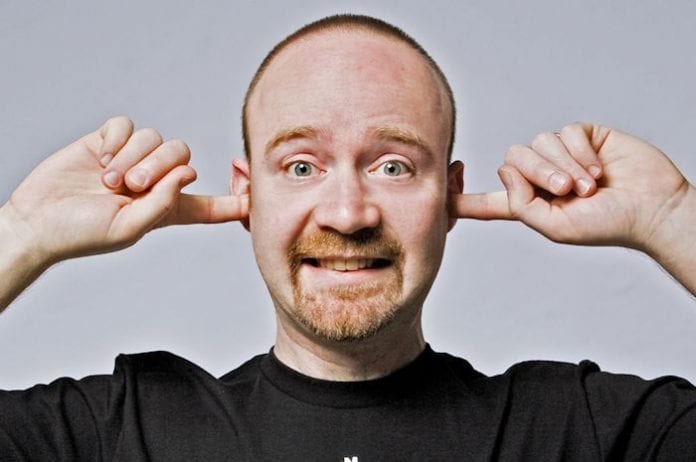 Mr Scruff isn’t your run of the mill musician and his curiously-titled Keep it Unreal event isn’t your ordinary night out either. This probably goes a long way to explaining why both have been a near-permanent fixture on the Manchester music scene for the best part of two decades. After all, when it comes to originality, no city does it better.

Back in 1999, local disk jockey Andy Carthy celebrated the release of his first major album as Mr Scruff by throwing a launch party at Planet K on Oldham Street (now Mint Lounge). It was then that one of Manchester’s most beloved club nights of modern times was born.

“Keep it Unreal is a simple formula of good, varied music, decent venues and very good sound,” Scruff tells us, defining his concept. “It attracts a lovely crowd, who invite their mates, and then, before you know it, seventeen years have passed…”

Ever since that first Northern Quarter gig all those years ago, an eclectic mix of music lovers have flocked to Keep it Unreal for their fix of weekend grooving. Whilst the event intermittently bops to different clubs across the country, Band on the Wall is where it’s most at home.

“Band on the Wall has got good staff, good sound, friendly security, and a good, varied booking policy,” Scruff explains. “I like to find a decent venue and stay there!”

Once a month, the famous live music hub on Swan Street is swathed in all things Scruff – from animated anthropomorphic potatoes bouncing around on the graphics behind the stage to a pop-up tea shop tucked away in one corner.

By sharing his infatuation for cartoons and a tasty cuppa at his resident night, Manchester’s most playful DJ has accrued a cult following nationwide. His quirks have undeniable appeal, but it’s the music Mr Scruff has produced, shared and supported that makes him such a local treasure. He spends evenings spinning seminal records from great artists of years gone by, but also has his own impressive body of work – released in the form of five studio albums and several extended plays.

Even if you’re not a denizen of clubland and the Mr Scruff moniker sounds a little alien, there’s still a good chance you will have come into contact with his persona in one form or another. His jazzy releases Get a Move On and Kalimba appeared on an advert for B&Q and as a default track on Windows Media Player respectively, whilst posters for his resident night at Band on the Wall have been plastered all over the city for seventeen years. The promotional material for Keep it Unreal features crudely drawn potato men doodled by Scruff himself, and these illustrations move inside Band on the Wall at the beginning of each month to keep the DJ’s waggish image intact. 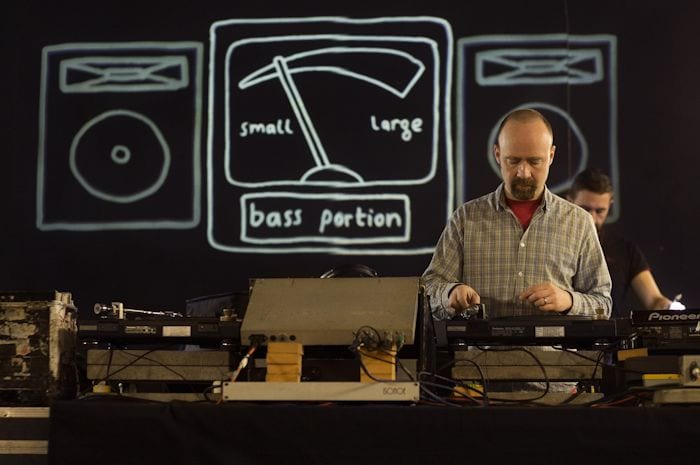 Tailored top to bottom for an offbeat, fun-filled experience, Keep it Unreal is a delightful anomaly: purposely silly in its façade, but serious about serving up good music.

“The important thing is for anyone who walks through the door to feel comfortable, regardless of age, background, sexuality or music taste,” Scruff tells us. “The crowd is very mixed every week, especially age-wise. There’s always a good mix of regulars and newcomers.”

Despite its refreshing sense of accessibility, there’s one thing Keep it Unreal is strict about: the use of mobile phones on the dancefloor. A special potato man poster designed to enforce the rule is visible inside the venue, encouraging ticket holders to keep their phones in their pockets. The way Scruff and company see it, the dancefloor is a floor for dancing. Nothing more, nothing less. If you want to scroll through your Facebook feed, go and do it at the bar.

Scruff travels the world for work like any successful DJ but keeps his kooky creation close wherever he goes. Once Keep it Unreal found its spiritual home at Band on the Wall, he preferred to take his resident event on the road with him when venturing outside of Mancunia, allowing him to play marathon sets that topple the four-hour mark.

At Band on the Wall, Scruff often books a guest DJ for company, with the two playing back to back from open until close. A typical night at Keep it Unreal sees a diverse burst of tunes tumble through the speakers, with Scruff’s sundry tastes ranging from dancehall to electro to disco to reggae. But what can a guest at an upcoming event expect to hear, and which records is the resident DJ feeling right now?

“Too many!” Scruff exclaims. “The Peter Zummo LP on Optimo – kind of like Arthur Russell, Phil Cohran and Ras Michael combined. The ridiculous Odion Iruoje reissue on Soundway records, bizarre Nigerian electronic afro-disco oddness from 1983. Pretty much everything on the Athens of the North label. Equiknoxx, who are finally getting the attention they deserve after nearly 10 years of releasing downright odd dancehall rhythms. The new Kaidi Tatham 12”, Moses Boyd (thanks Dan!), Jamal Moss ‘The Digital Afterlife’ 12”, that very cute ‘Cheetah’ 12” from Aphex Twin, the Principe compilation CD. The list goes on and on…”

Despite a lengthy and colourful career, Mr Scruff shows no signs of slowing down – good news for anyone who enjoys losing themselves on the dance floor in an affable atmosphere.

He’s pretty busy for the rest of the year, with several gigs on the agenda. “I’m playing Dublin, Salford, Leiden, Arnhem, Cardiff, London, Sheffield, Newcastle, Edinburgh, Aberdeen, Dundee, Milan, Turin, Florence, Liverpool and of course, Manchester!” Scruff informs us. “Any time at home will be spent hibernating in the studio, cooking up some goodness for 2017.”

If you get down to Band on the Wall to see Mr Scruff in action, there’s little doubt you’ll walk out at the end of the evening with a smile on your face. Keep it Unreal just has that effect.