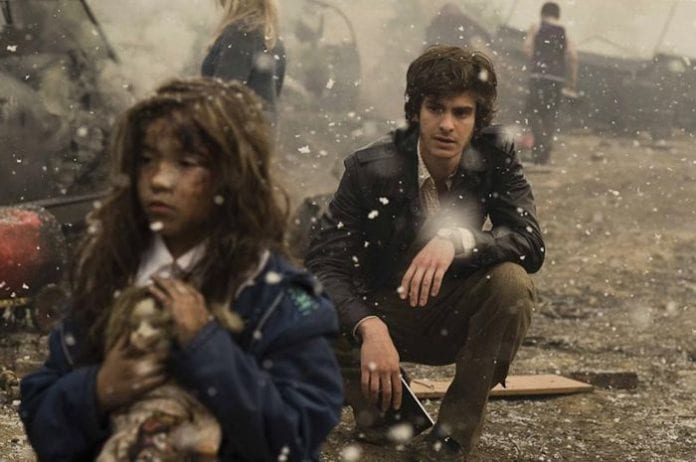 How much do you know about making movies? I’m not talking about tiny student shorts, shot on an iPhone and edited on Windows Vista.

I’m not even talking about the usual microbudget-and-kickstarter festival fodder. I mean movies, the kind that still somehow cost you a tenner-plus-popcorn whenever you visit the Odeon or AMC.

I’ve been studying film for the past three years and even I still have questions. What’s life like on set? How does a script go from an idea to an opening gala? Does Andrew Garfield cry as much in real life as he does in my imagination?

But now, luckily for all local film and TV obsessives, a genuine movie legend is heading to Manchester. Tony Grisoni is the screenwriter responsible for Fear and Loathing In Las Vegas, The Young Pope and Red Riding to name but a few.

A frequent collaborator with director/former Python Terry Gillam, Grisoni has a well earned reputation for writing both some of the quirkiest and darkest English screenplays in the past ten years and on April 8th, for one night only, he’ll be giving a film Q+A in our fair city before a back-to-back screening of his award-winning Red Riding trilogy, based on the quartet of novels by Yorkshire-born author David Peace.

In case you aren’t familiar, it’s a gritty story of crime, police corruption and desperation set against the backdrop of the Yorkshire Ripper’s infamous killing spree back in the 1970s, told from multiple perspectives.

Originally airing on Channel 4 in 2009, Red Riding stars some of the best of British acting talent, ranging from former Spiderman Garfield to Sean Bean, Eddie Marsan and Maxine Peake.

The night will be hosted by Salford arts venue The White Hotel in the first in a series of Q+As running through 2017 focusing on the unique and sometimes complicated relationship between crime and art.

Each event will feature a showcase of work by some of the most transgressive artists in Britain, a Q+A by the enfants terribles themselves, plus live music and drinks, allowing you to talk to other culture aficionados about the weird and wonderful things you’ve experienced.

Like all the best events, tickets are very exclusive, with a maximum of 100 available for general release. They cost £10 in advance or, if you’re extremely lucky, £12 on the door.

That’s three films and a meet-and-greet with one of Hollywood’s most prolific screenwriters for less than a night out in ‘spoons. And if that somehow isn’t enough, the night will be rounded off by a set by DJ Funki Porcini, an individual I have never met but who I am now determined to befriend.

With its new theatres, festivals and production facilities, Manchester is fast becoming the heart of the British media industry.  We are about to turn a new page in Mancunian history and on April 8th at The White Hotel you can get a seat on the front row.

You can buy tickets here but remember. There are only 100 available and they’re selling fast.