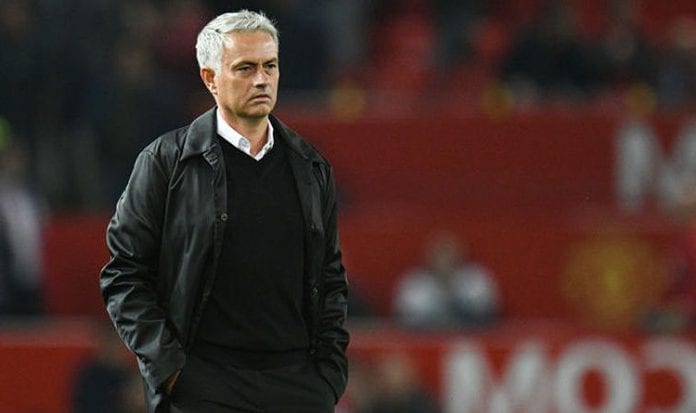 United didn’t lose to Derby on Tuesday. They drew. Scott McTominay was fantastic against West Ham yesterday. Sanchez was dropped because of pressure from the media.

This was Jose Mourinho talking to BT Sport after the match yesterday.

Another bad day at the office. Another shambolic performance. Another defeat.

But it wasn’t his fault. Nothing ever is. The first goal was the linesman’s fault. It was offside. The second goal was a deflection. The third goal shouldn’t have stood because Rashford was fouled in the build-up.

All true, but clutching at straws. Because once again United never looked like winning.

It’s Mourinho’s job to get the best out of his players. He has failed. They clearly don’t want to play for him.

How many players has he improved? Bailly? Sanchez? Mkhitaryan? Martial? Rashford? Herrera?

United are going backwards at an alarming rate. What has happened to a defence that was the second best in the Premiership last season? It now looks leakier than a sieve and has already conceded three goals three times this season.

A top four finish is a minimum requirement for the club’s owners. At the moment that looks about as likely as Boris Johnson saying there should be a second Brexit referendum.

How long are the club going to wait to replace him? Are they going to wait until it’s too late? Because at this rate they’ll be lucky to finish in the top half of the table.

Watching this United team is like watching a once great boxer on the ropes. They are down but they are not out. Not quite.