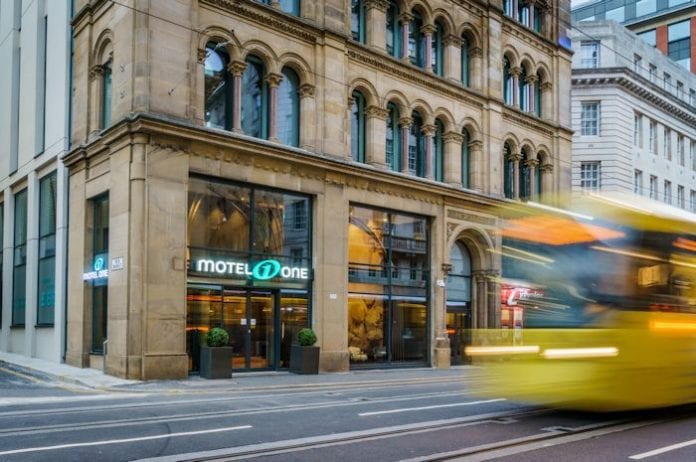 The uber-successful, multi-award winning German budget designer hotel group has just opened in its second Manchester location on Cross Street – the first, in London Road, opposite Piccadilly station opened in 2015 – and has already secured a site for a third near St Peter’s Square.

The 302-room development opposite the Royal Exchange, constructed behind the original Victorian building’s 1868 facade, brings the total number of Motel One rooms in Manchester so far to 628. Rates start at £69 for a single room and £84 for a double.

The rapidly expanding brand – catchphrase “Like the price, love the design” – boasts 60 hotels and more than 16,000 rooms across Europe, turning over 357 million euros last year. It’s a remarkable success story for a largely family-run business founded in 2000 and even more so since, four years later, the entire concept was turned on its head.

“We started out with locations near big cities but outside the centres. That’s where the motel idea came from,” said Ursula Schelle-Muller, who founded Motel One with her husband Dieter, at the Cross Street launch. 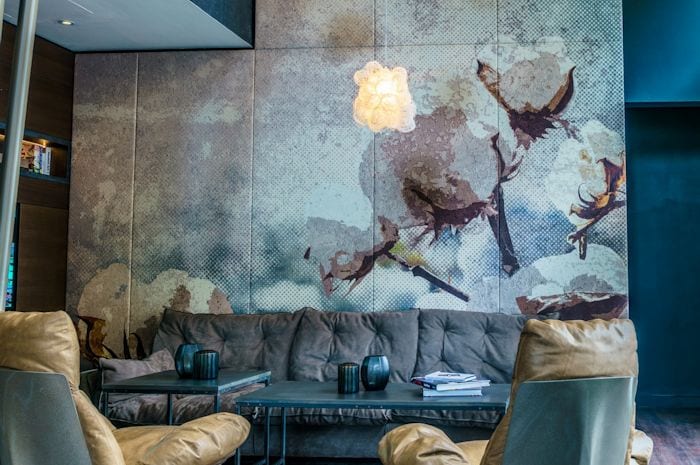 “But in 2004 we changed the whole concept because we realised that the market in the city centres was so much bigger and now all out hotels are in prime city centre locations across Europe.

“We decided to keep the name motel because it conveys the idea of an inexpensive hotel. We think it’s better to surprise guests who might not have very high expectations of a budget hotel with the quality we deliver in terms of design, which is evolving all the time, and comfort.”

The Munich-based group employs a team of seven interior designers that has developed Motel One’s striking look and signature brown and turquoise livery. But the icing on the designer cake is provided by specially-commissioned local artists. Each location has its own theme – in the case of Motel One Royal Exchange Manchester, Andy Singleton’s take on Cottonopolis. 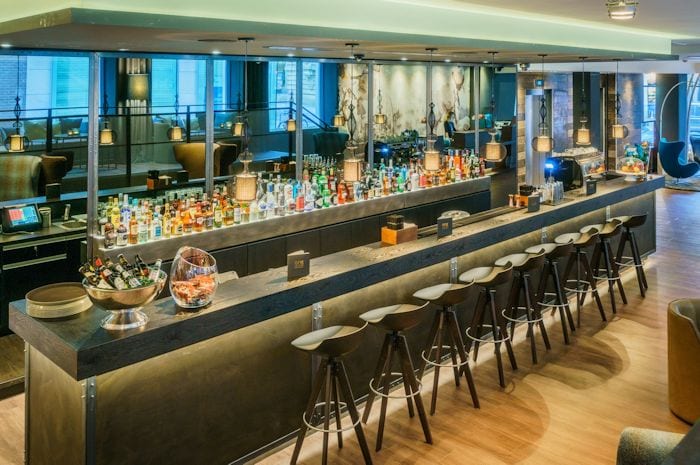 The former animation and illustration student at Manchester Metropolitan University has created a unique installation piece for the hotel lobby taking inspiration from Manchester’s cotton industry history. Many of the fabrics and furnishings include materials sourced from regional manufacturers, most coming from Greater Manchester-based Camira.

The ground floor comprises the smart lobby, stylish One Lounge and Bar and Cottonopolis-themed breakfast area.

The industrial theme continues in the rooms on the five upper floors where, Motel One promises, guests are guaranteed a good night’s sleep in comfortable, high quality box spring beds with 100 per cent Egyptian cotton sheets. 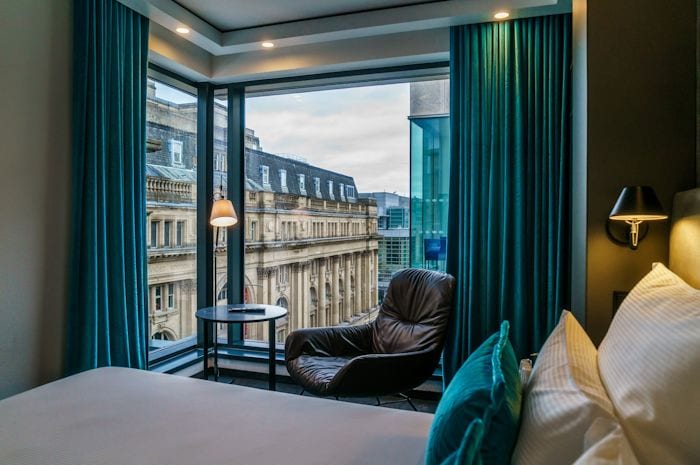 In the bathrooms, granite and glass fixtures give the feeling of a mini-spa, complete with rain shower, make-up mirror and luxury towel.

The hotel will provide another boost for Manchester’s status as England’s second most visited city. Mrs Schelle-Muller said that across the Motel One estate, 65 per cent of guests were on business and 35 were on leisure trips. Occupancy rates average 76.6 per cent.