Manchester Arndale was brought to a near standstill on Saturday – as two Instagram influencers drew huge crowds as they launched the brand new Morphe make-up store.

Homegrown Insta-stars MMMMitchell (real name Mitchell Halliday) and PLouise (aka Paige Louise) have won an army of fans on the social media site with their bold make-up looks and video tutorials.

And they were invited back home to Manchester to do the ribbon cutting honours as American cosmetics powerhouse Morphe launched its first store here in the city at the shopping mall.

Click or swipe below for a gallery of photos from the launch:-

It was certainly an emotional day for both influencers, who couldn’t quite believe how huge the crowds of fans heading along to meet them at Morphe had grown.

In videos shared by the Manchester Arndale, huge crowds were seen screaming and applauding as Paige and Mitchell arrived at the store.

And Mitchell couldn’t resist leading a chant of “Manchester, la, la, la” among the shoppers. 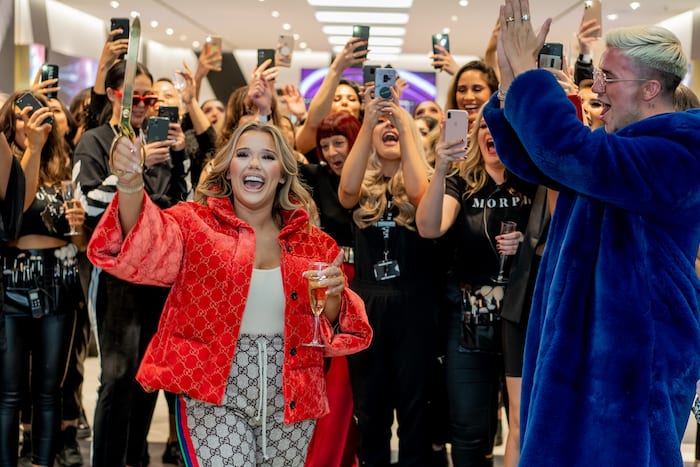 After the launch, both Paige and Mitchell posted emotional Insta-stories and posts of how overwhelmed they had been at the reaction.

Mitchell, who boasts over 1m followers, took to his instagram stories to make a heartfelt thanks to his loyal fans.

Fighting back tears, he said: “I have no words right now I’m so grateful and actually really emotional that happened in my hometown in the Manchester Arndale, where literally I used to just go shopping.  Thank you, you made it all worthwhile, I’m actually holding back tears.  What a good day.” 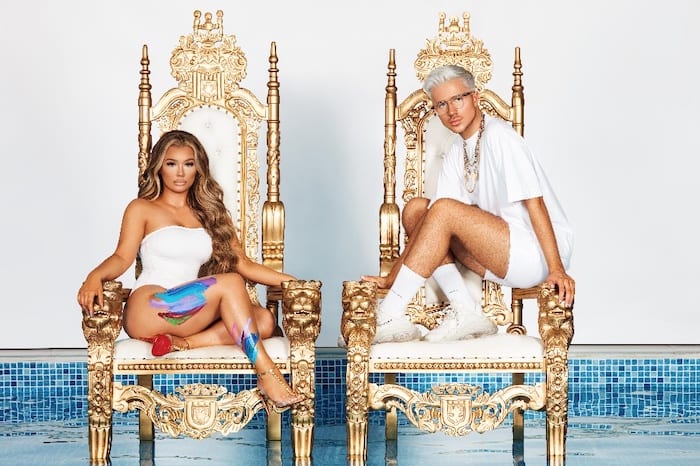 Paige said: “We did it my friend, we made it in our hometown, we can’t believe it.”

She also wrote a lengthy post of thanks saying: “Today was the biggest moment of my career. 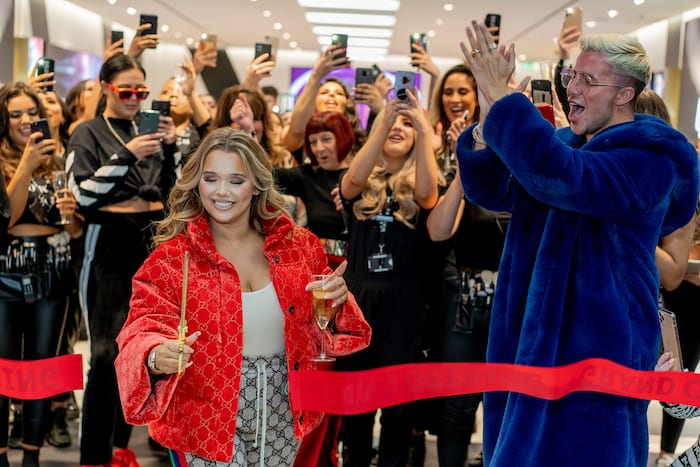 “I’ve met some of the most unreal people throughout this journey @morphebrushes your team deserve medals, they went up and beyond for me.

“They’ve made my dreams reality.”