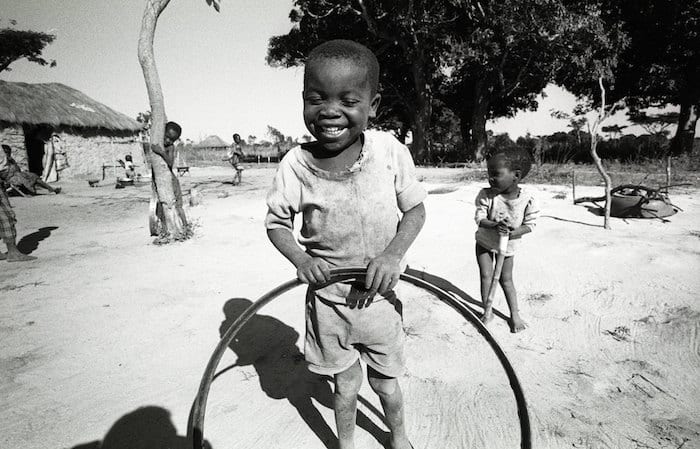 You’re probably reading this on your smartphone, or your tablet or your laptop. You’re probably sat on a bus, in a car or in your home, with a roof over your head and food in your belly, with no real threat to your life.

Unfortunately not everyone in the world has that luxury. And that is exactly what the Mines Advisory Group has been fighting to change for the last 30 years.

Despite having programmes in 26 different countries, the MAG HQ is on Peter Street, Manchester, meaning it’s very close to our hearts.

Since it was founded in 1989, the Mines Advisory Group has helped over 18 million people across 68 different countries, clearing landmines to help build the foundation for sustainable development and economic growth in some of the world’s poorest countries.

To celebrate 30 whole years of live-saving work, they have created a brand new exhibition called Walk Without Fear.

The exhibition focuses on MAG’s work in Angola, where the charity has worked for 25 years. It tells the stories of the people living with the deadly legacy of conflict, through the lens of the award-winning Whalley Range photojournalist Sean Sutton.

Angola is one of the most heavily mined countries in the world. Forty years of conflict from 1961 to 2002 left the country strewn with an estimated one million landmines and many more unexploded bombs.

The charity hopes this exhibition will encourage people to donate and help the public recognise the desperate need for the work MAG carries out across the world.

Today, there are still over 60 million people living in fear of landmines, consequently preventing families from being able to farm on their land and produce food and income. Children are at risk while walking to school, in fear of stepping on landmines.

It stops communities from thriving, and growing economically.

These issues were first made aware to the wider public in 1997 by Princess Diana, when she payed a visit to Angola to spread awareness of the campaign to ban landmines. The Mines Advisory Group shared a Nobel Peace Prize for their work.

The charity’s latest Landmine Free 2025 campaign is a coalition of several organisations with the aim to hold the international community to account for the promise it made in 2014 to rid the world of landmines by 2025.

The Landmine Free 2025 campaign has also received the support of Prince Harry, who will follow in his mother’s footsteps later this month during a visit Angola.

“With my photos, I want to show how landmines affect people’s lives as well as the positive stories of those who have been freed from the fear.

“This year is MAG’s 30th anniversary – I’ve worked for MAG for 22 of those years – and it also marks 25 years working in Angola. In that time, 70 per cent of Angola’s hazardous areas have been declared safe, thanks to the work of landmine charities and the Angolan government.

“MAG has cleared the equivalent of 1,400 football pitches of landmines and unexploded bombs in Angola in the last 10 years alone.

“This work has changed hundreds of thousands of people’s lives.”

MAG’s Walk Without Fear exhibition will open on Friday 13th of September, and will be held on the lower ground floor of the Manchester Central Library. It runs until 12th October.

Read More »
September 26, 2020
PrevHave you read?MCR Fashion Festival confirms biggest event yet with star performers and designers in Manchester
Next read...15 things for Freshers Week 2019 in Manchester that won’t break the bankNext