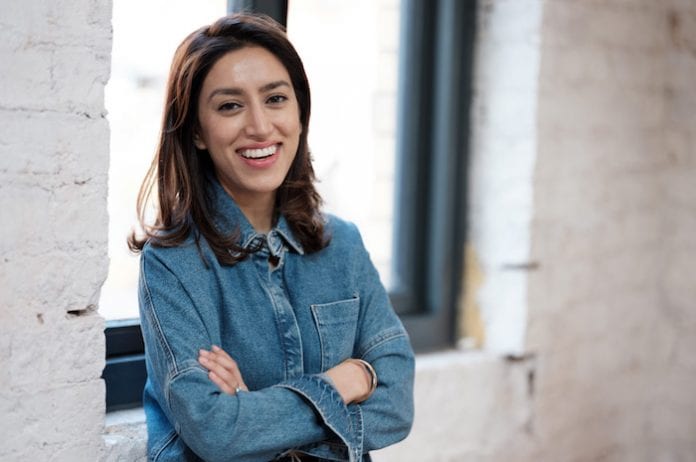 Rimi Thapar is one of a select band of people who have appeared on Dragons’ Den and received an offer, only to turn it down.

The 34 year-old Altrincham-based health food entrepreneur appeared on the programme last Sunday looking for a £50,000 investment in her in LoveRaw, her range of organic, gluten-free and dairy-free products.

She practised her pitch over and over again before going into the Den but still found herself feeling very nervous when faced with the Dragons.

“I guess it’s part of the show, but you’re not greeted with a nice smile or a warm welcome. It’s pretty tense, so I guess that kind of throws you off a little bit.”

Despite the nervousness, she managed to keep her emotions in check for the whole 60 minutes she was there and convinced Deborah Meaden to invest.

But the Dragon wanted a 30 per cent stake in the business in return for her cash injection – which Rimi declined.

It’s a decision she doesn’t regret at all.

“We rejected it because 30% was just too much of what we were willing to give away. It’s a business that we’ve created from scratch and I’ve worked really hard on it, putting a lot of hours in and it just didn’t feel right.”

When she left the Den, Rimi was left feeling quite distraught.

Although she has described her experience in the Den as surreal and unique, she also admitted leaving the show shook her confidence.

Rimi founded her company after giving up her career in banking, using just £600 of her own money to buy ingredients and a blender and then hand-making the products in her in-laws’ kitchen.

Following her TV appearance, Rimi says she has had an amazing response from customers, with almost 500 orders being placed that following week. She has also received calls from private investors looking to get involved in the business.

She is currently working on a new range.

“It’s one of our most exciting categories yet and it’s a very innovative product. There’s nothing like it on the market and that is always our approach. It has to be a unique offering.”

The inspiration behind every new recipe comes from the concept she had in mind when she first founded her business – a desire to create transparent and honest healthy products.

“There were products that said they were healthy but actually had ingredients that you couldn’t pronounce. So I just wanted to come in and make a premium product. We thought about the product first and the cost after.”

The LoveRaw range has enjoyed a positive response from the people of Manchester, who, she says, understand the concept behind her products.

“I think the trends always start from the south and then sort of creep up north. Above all, we are dedicated to making healthy food that tastes great, so you could put us next to a milk that’s made out of dairy and someone could still choose us on the basis of taste. That’s where we come from.

“I think slowly more and more people are understanding the need to make these small types of changes, like giving up white sugar for example. And it’s also about growing the concept that diets don’t work so it’s more efficient to make small permanent changes to your lifestyle.”

Rimi, who has a vegan lifestyle, realised she felt a lot better after slowly giving up dairy, gluten and sugar.

“When I tried reintroducing meat and stuff like that I didn’t feel that great and so I was just intuitive with my body and that worked for me.”

The family-run aspect of the business is part of the reason the products are so successful.

“My husband joined me when I was pregnant almost two years ago, I love working with him and he ads everything that I don’t. He’s very organised and efficient and I’m more creative so I feel like we complement each other and my daughter comes into the office quite regularly too, she’s literally part of the team and I love that.”