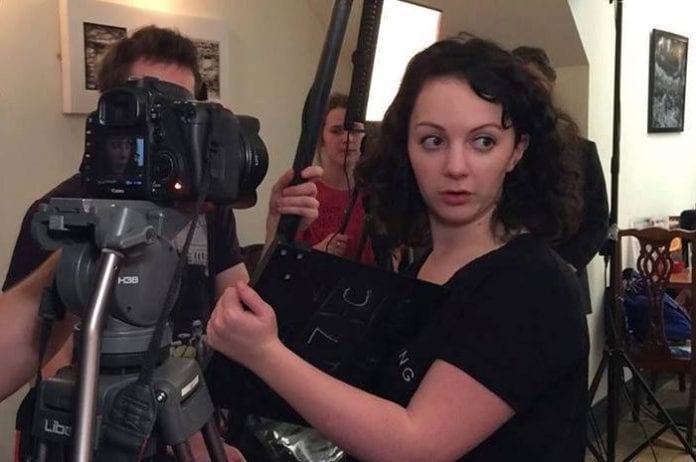 Now in its 14th year, Kinofilm is in town until November 26, providing you with the opportunity to watch unique short films in city centre locations.

We spoke to Kinofilm festival manager Nicole Pott to find out more.

What can people expect from this year’s Kinofilm?

We’re looking to make the 14th edition of the festival one of the best yet. This year, we’re hosting the festival across several venues and will host over 250 films and several events, including a Women in Film and TV day and a documentary day. Being my first festival working for Kino, it’s great to see how much its developed since the early 90s and hear about how much its changed.

How did you get involved?

I’ve always had a passion for organising and producing, whether it be through festival management or through producing films through my production company Sonder Pictures. Managing any event or project is hard work and you have to have the passion for it, so when I came across Kinofilm Festival’s advert for a festival manager, I jumped onto applying quickly. It’s been a real eye opener and I have learnt so much. It’s my job to be organised, from making sure all the sponsorships are in place to booking venues to curating events with different companies and organisations.

You’ve been involved in other festivals including High Peak Independent Film Festival?

Yes, the High Peak Indie happened in July this year and that was a lot smaller in comparison to Kino. It was actually the inaugural year for the festival, so moving onto a film festival that has been going since 1993 was a big step up. High Peak Indie consisted of 51 shorts and features plus four big events across the three and a half days. Kino is showcasing over 250 films and many more events across eight days. It makes me work harder to make sure that the film festival is to the standard of a film festival that has been going so long, but it’s great to be able to bring in the contacts I made from my own film festival.

We are trying to create opportunities for new filmmakers, like hosting a BBC Writersroom event for emerging writers and having a panel on the journey from shorts to features. We’re aiming to create a festival that attracts emerging talent and established professionals. This includes our networking events that we aim to hold each night at The Gas Works Brew Bar on First Street.

How does the festival support new filmmakers?

There’s such a huge selection of films showing at Kinofilm Festival, from newcomers to industry professionals. Our programme manager, Steve Balshaw, works with programmers to make sure that the best talent is picked out of the submissions, and many of these are new film makers. We have a few student programmes too so there’s a huge variety. I feel really passionate about new filmmakers being given the chance to prove themselves.

What is the significance of the festival being in Manchester?

Manchester is one of the greatest cities in the world and being a film festival in the centre of an ever-growing city of culture and creativity helps us attract an audience that loves film and art. Kinofilm Festival was once described to me as being an institution in Manchester and that just goes to show how important this festival is to the city. We are able to bring those audiences year on year, to see new and exciting films and there is a big audience in Manchester who have that love for independent film.

Who doesn’t love an excuse to watch a film, after all? Find out more about the festival here.