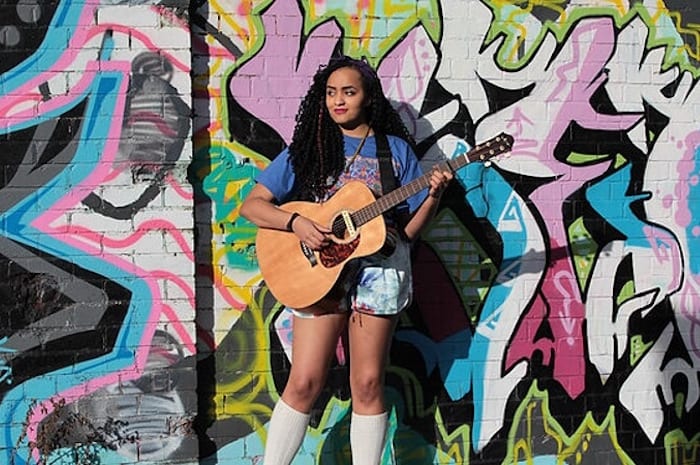 Known for their groundbreaking work with emerging UK artists and an ability to spot the ‘next big thing’, development agency Punch have selected five up-and-coming artists to tour the UK, each headlining a show in their home town.

Her music combines R&B with heavenly pop tones to create something spectacular. But before you head to her gig, why not get to know more about the talented singer-songwriter?

Ooooooooo….this is a hard one because there are so many. But I would say the best venue is the Soup Kitchen, I like that it’s in the basement of the venue. It’s got a really cool underground feel to it.

Best place has to be between Mint Lounge and 42’s. Mint Lounge do a night called Funkademia it’s in the basement of a super cool building. Good old 42’s is cheap, cheerful and they play old school bangers as standard. Check them all out.

Oh my god, it has to be Archie’s. Peng burgers, sweet potato fries and banging chicken wings. They have milkshakes named after singers and TV shows. My fave shake to get is the PIA MIA.

Where I record my music

I record my music in my bedroom and in local studio Airtight studios, I also record in my friend’s home studio too. I like to start off by recording in my bedroom because I’m most comfortable there.

Where I first performed live

The first place I performed live in Manchester was at Gulliver’s NQ in 2017. It was the first gig me and my band did together. My first ever live gig though was at the Brudenell Social Club in Leeds in 2014. I won a competition to support an artist called Rhodes. The lad who I pipped to the post is now my best friend. Mad how you can meet some of the most important people in your life through music.

A place with special significance

There’s a car park and from the rooftop you can see the entire city. It’s a special place me and my friends go to just take in the beauty of the city. Our thinking place. I’d say where it is but I can’t give away all my secrets.

Vanessa Maria plays Night & Day with support from Jerome Thomas, Lady Sanity, SGVA and MC Nelson on 28th August from 8-11pm as part of the Welcome to My City tour.  Tickets are free, but you’ll have to register.